Yesterday in Science, Class 5 debated the statement “slime is a solid”. We started the lesson by making our own slime, using cornflour, water and food colouring. We each decided the amount of water to add to the cornflour to change the consistency. Then, we thought about some key questions, such as “what does the slime feel like?” and “does the slime move easily?” We discovered that the slime had some properties of a liquid, but it could also be shaped and held like a solid. We recorded our findings on sugar paper. These observations helped us in the next part of the session, where we debated the statement using our opinion corners. There was some great scientific language being used to support our arguments whether we agreed or disagreed. 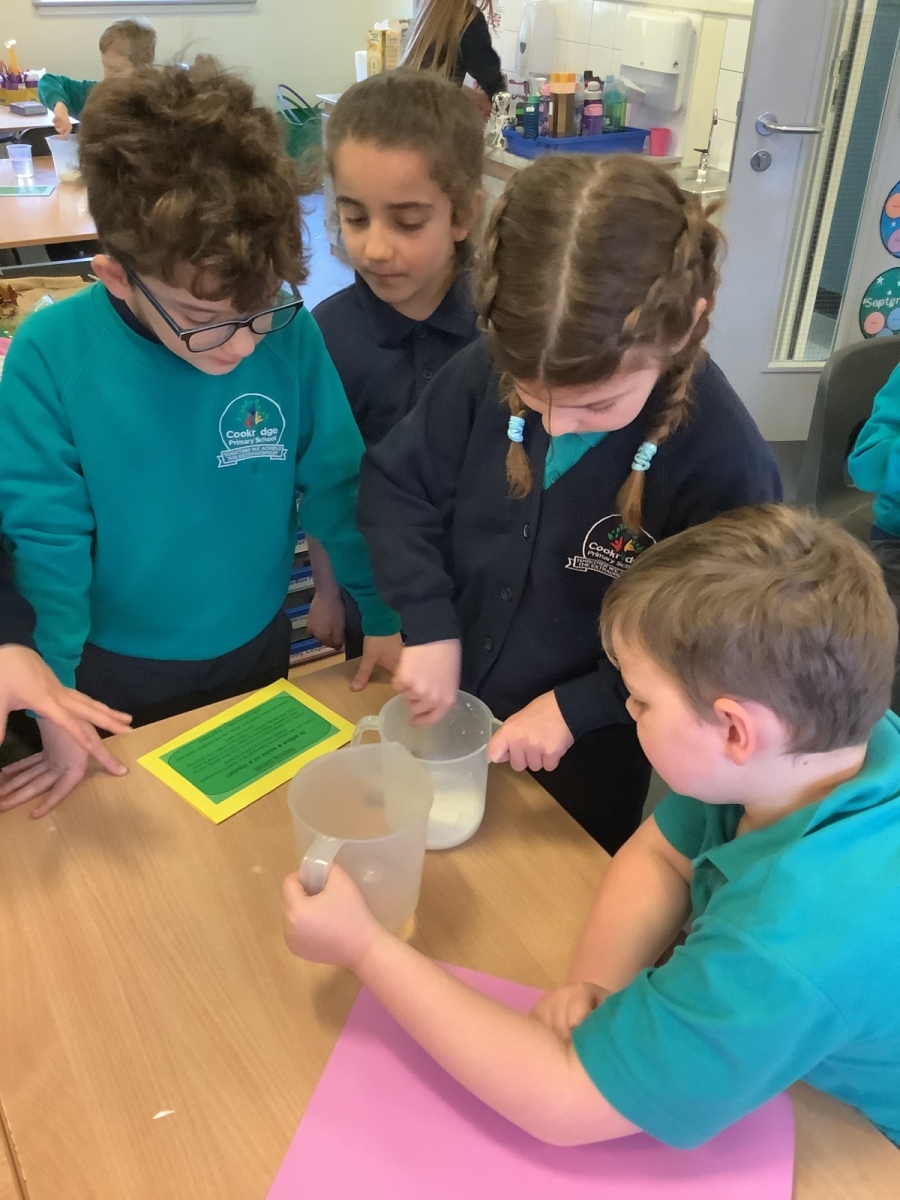 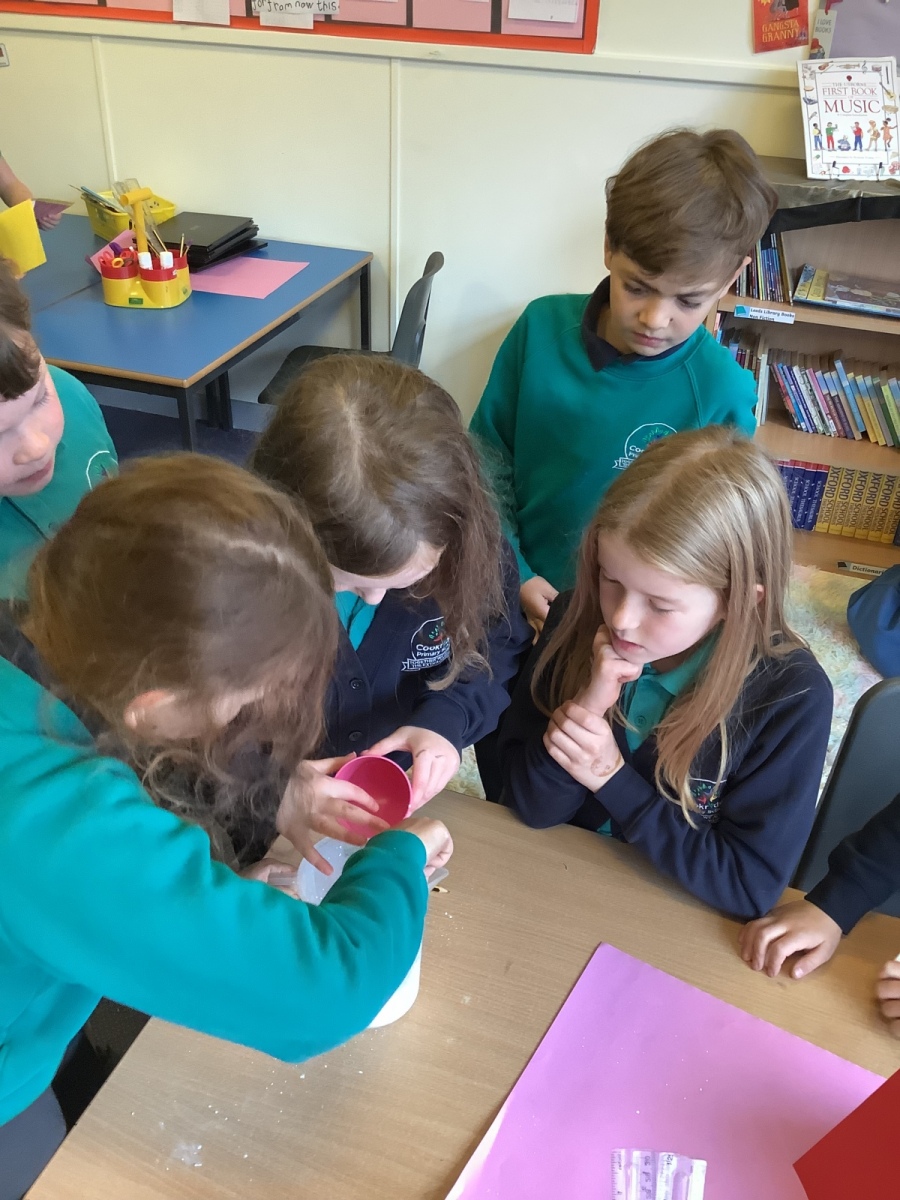 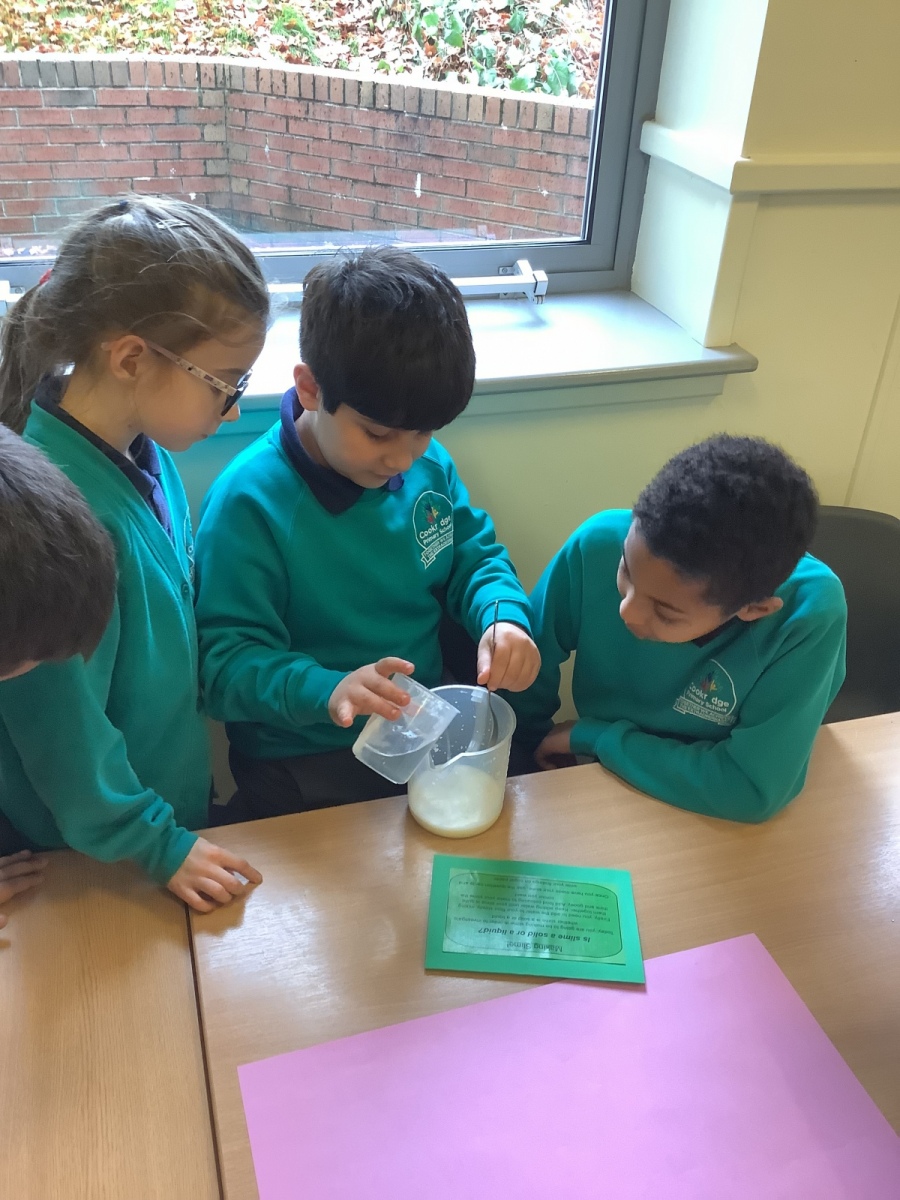 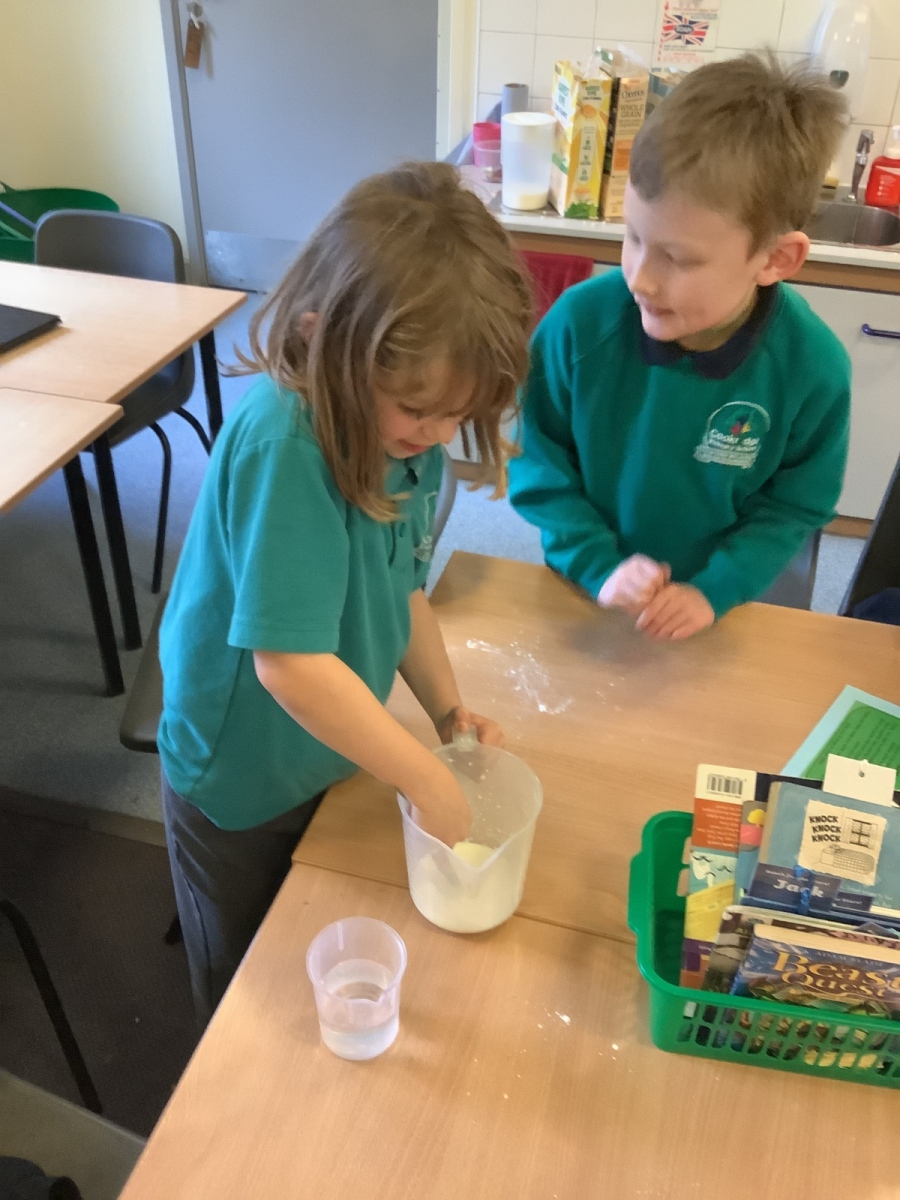 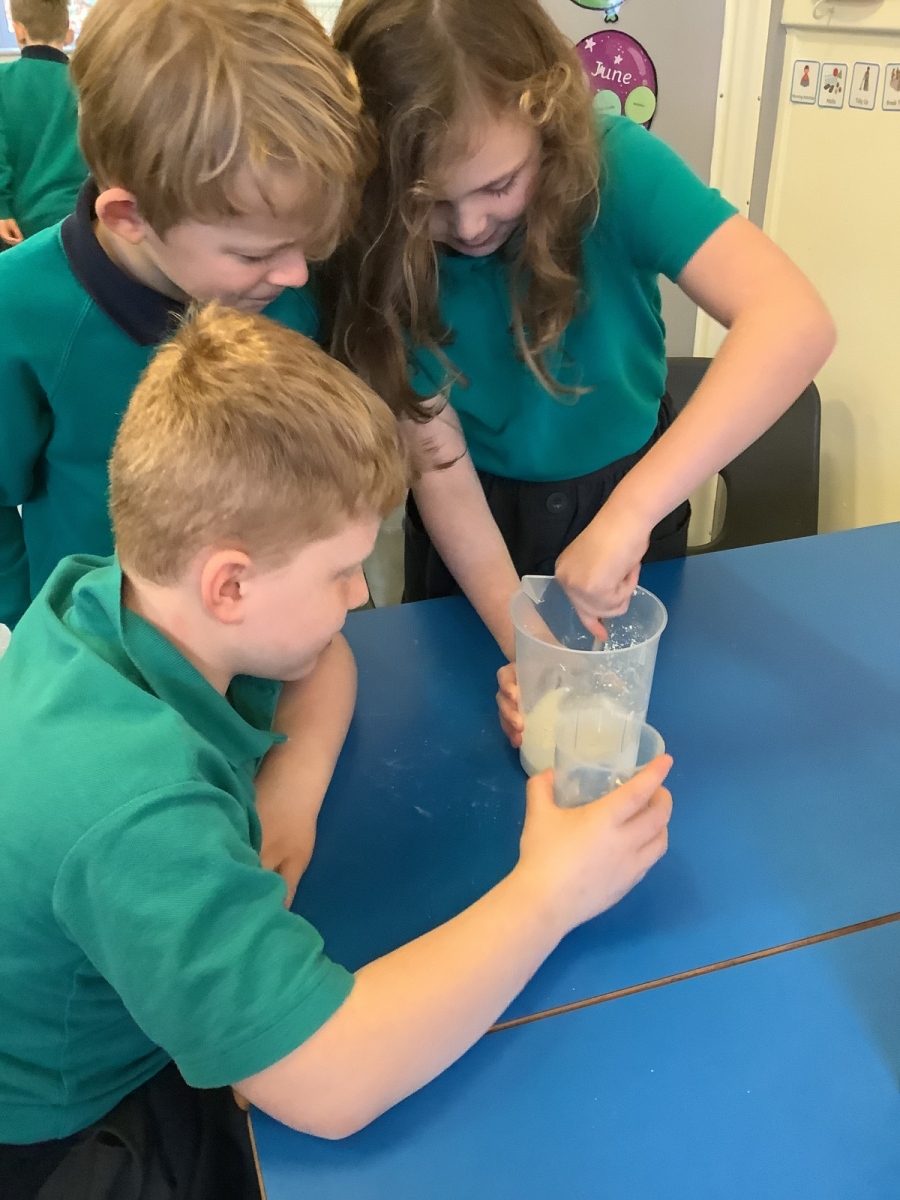 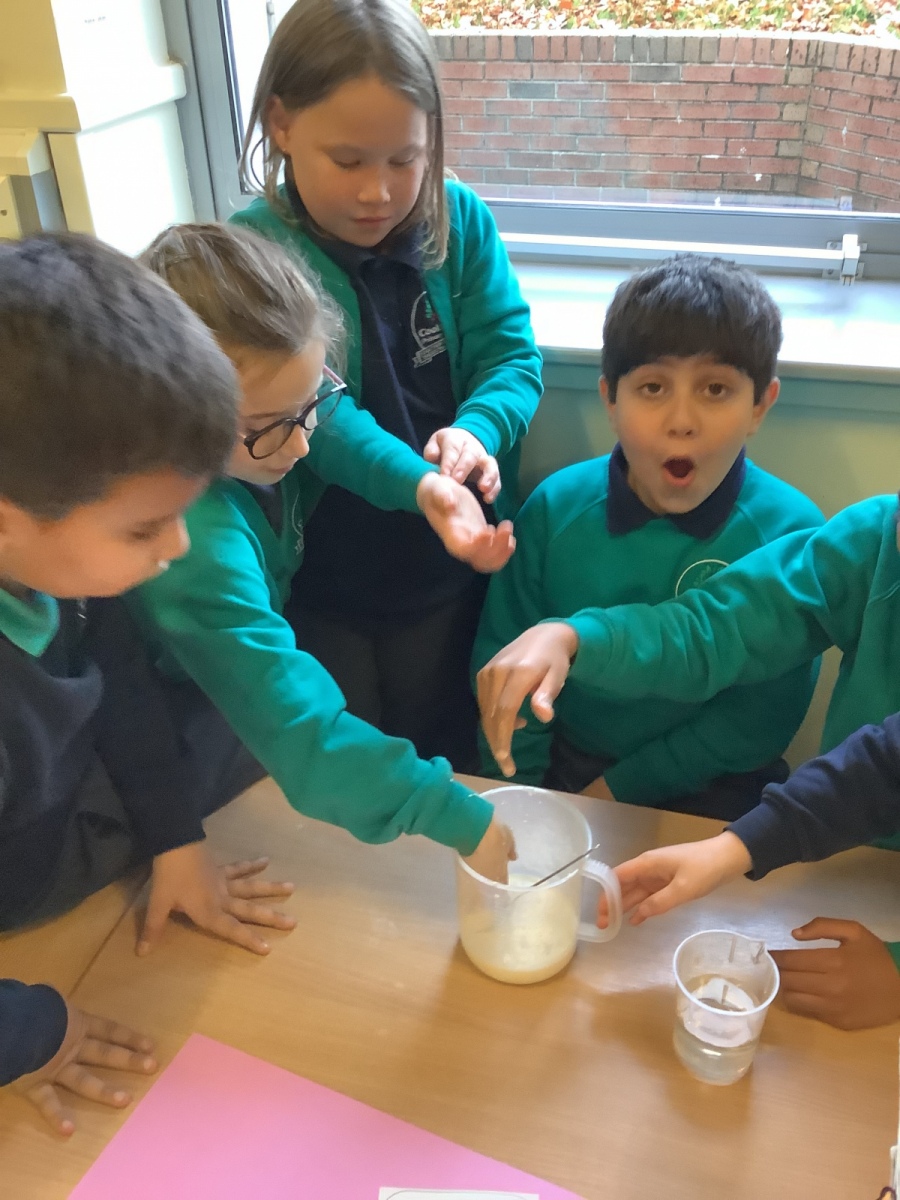 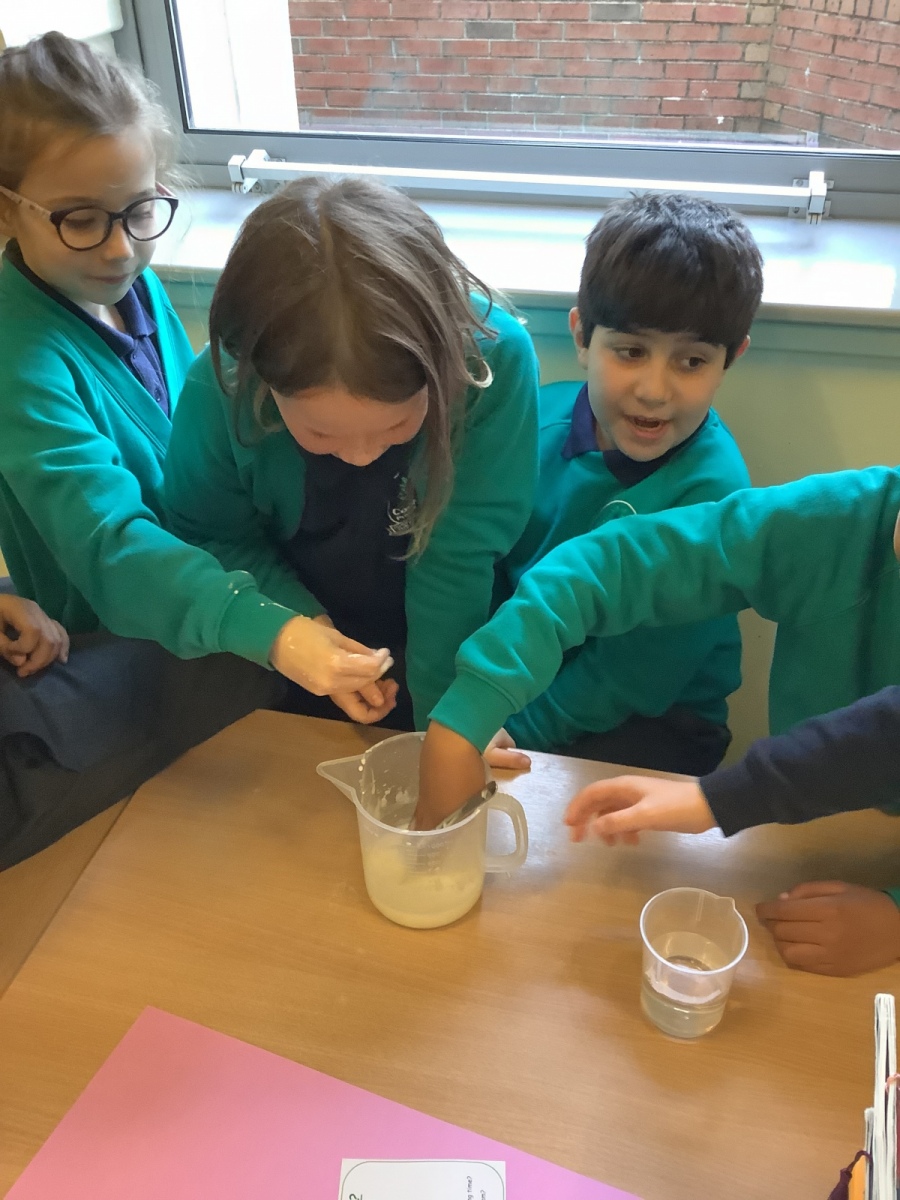 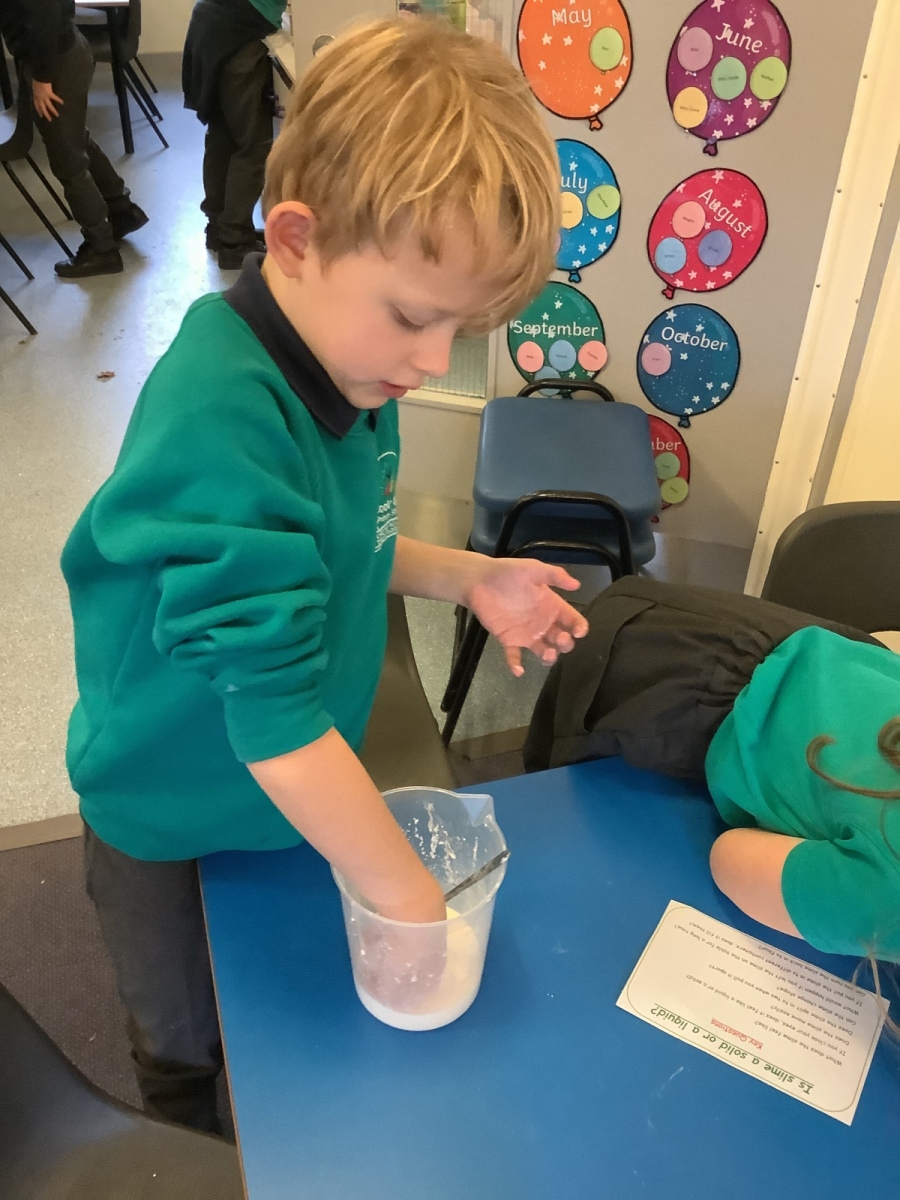 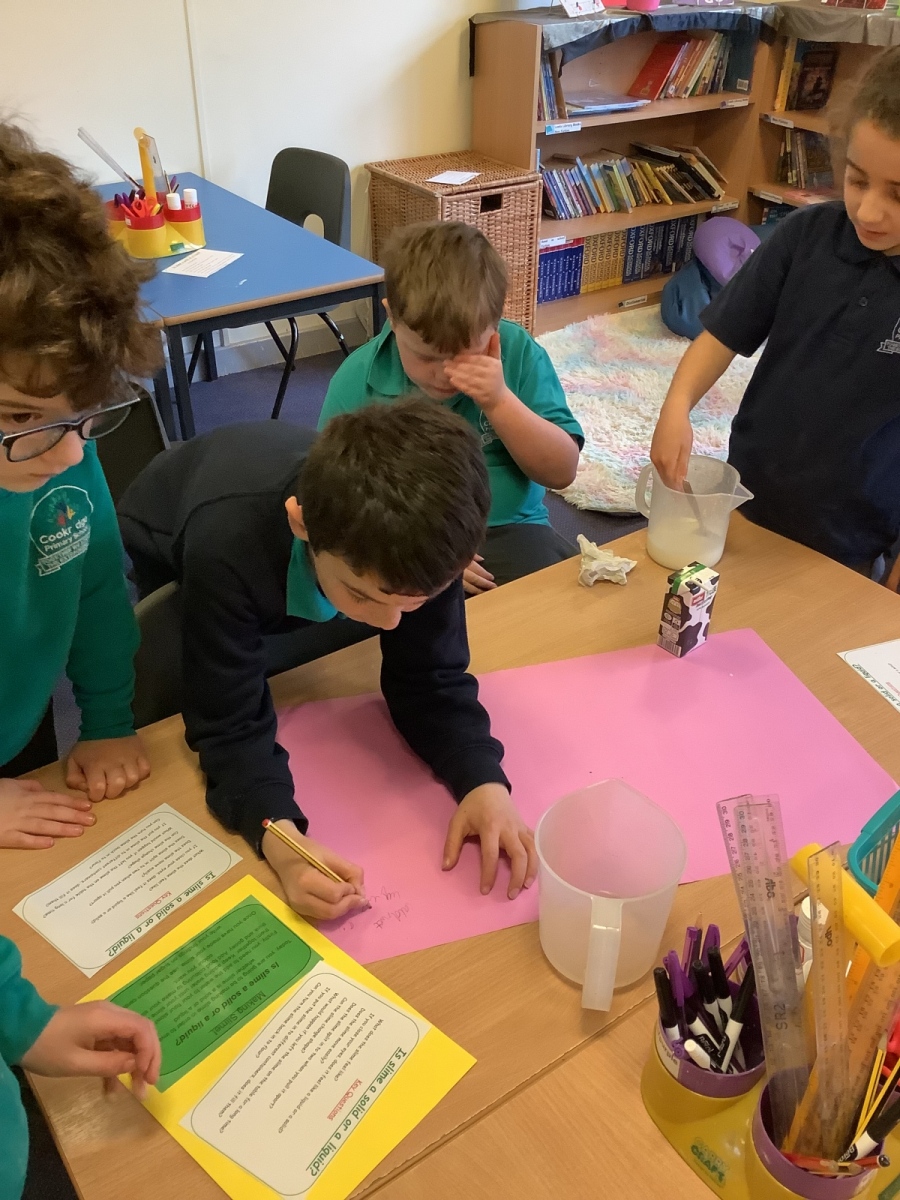 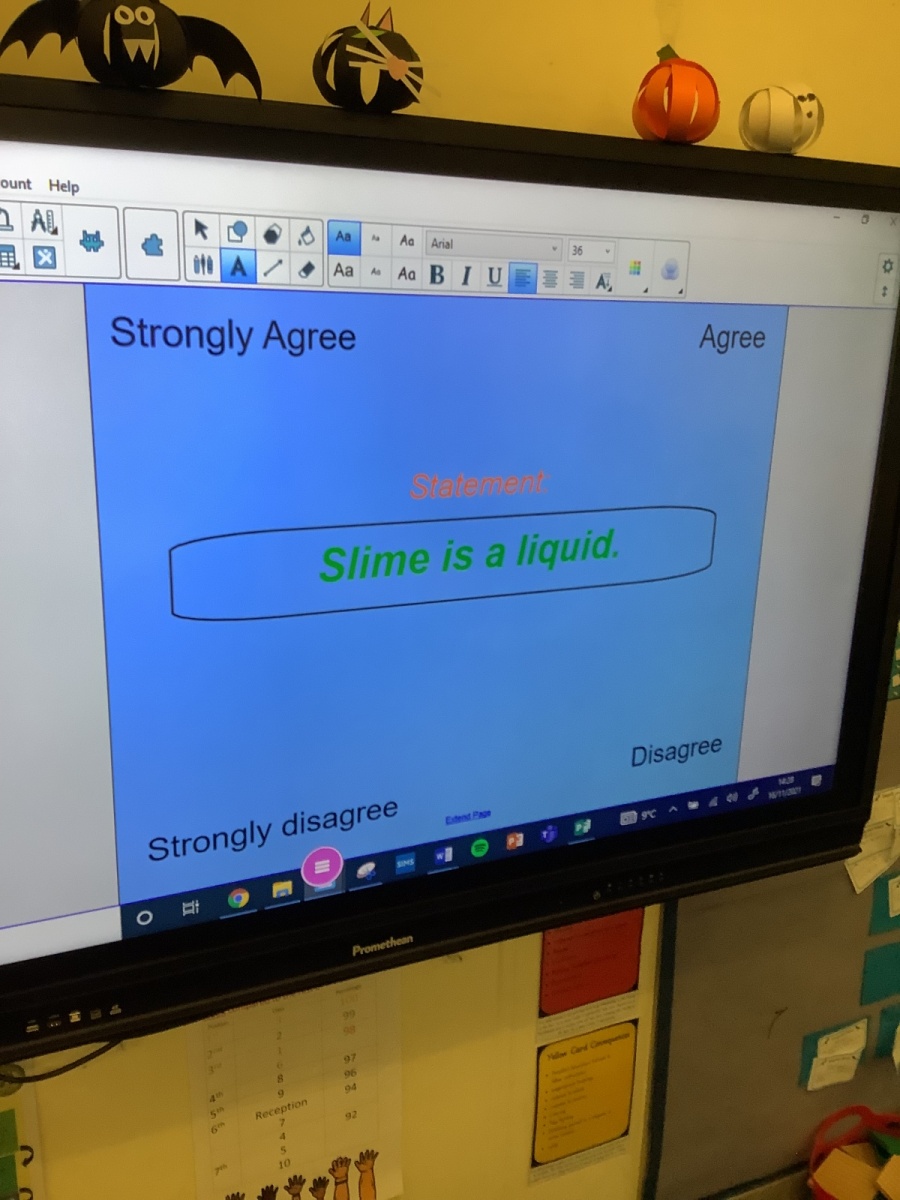 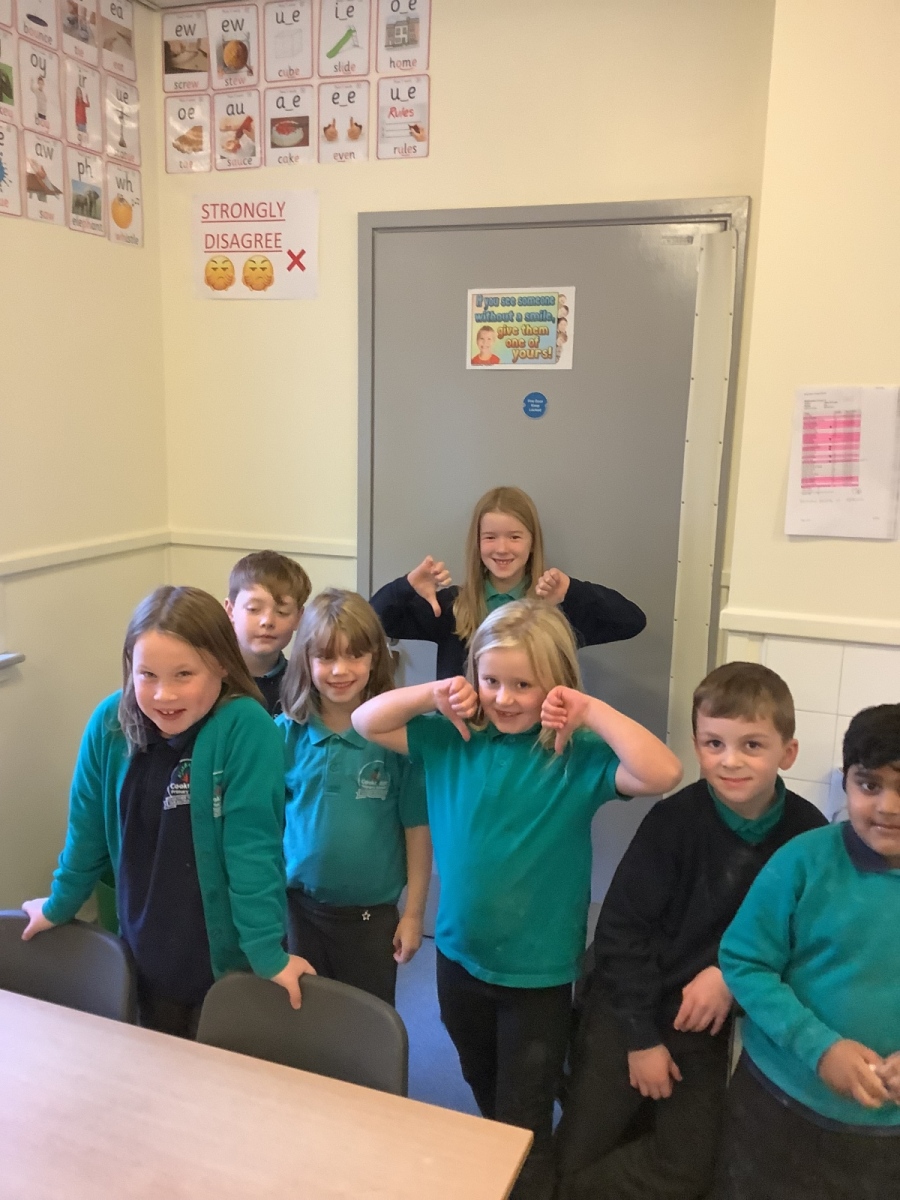 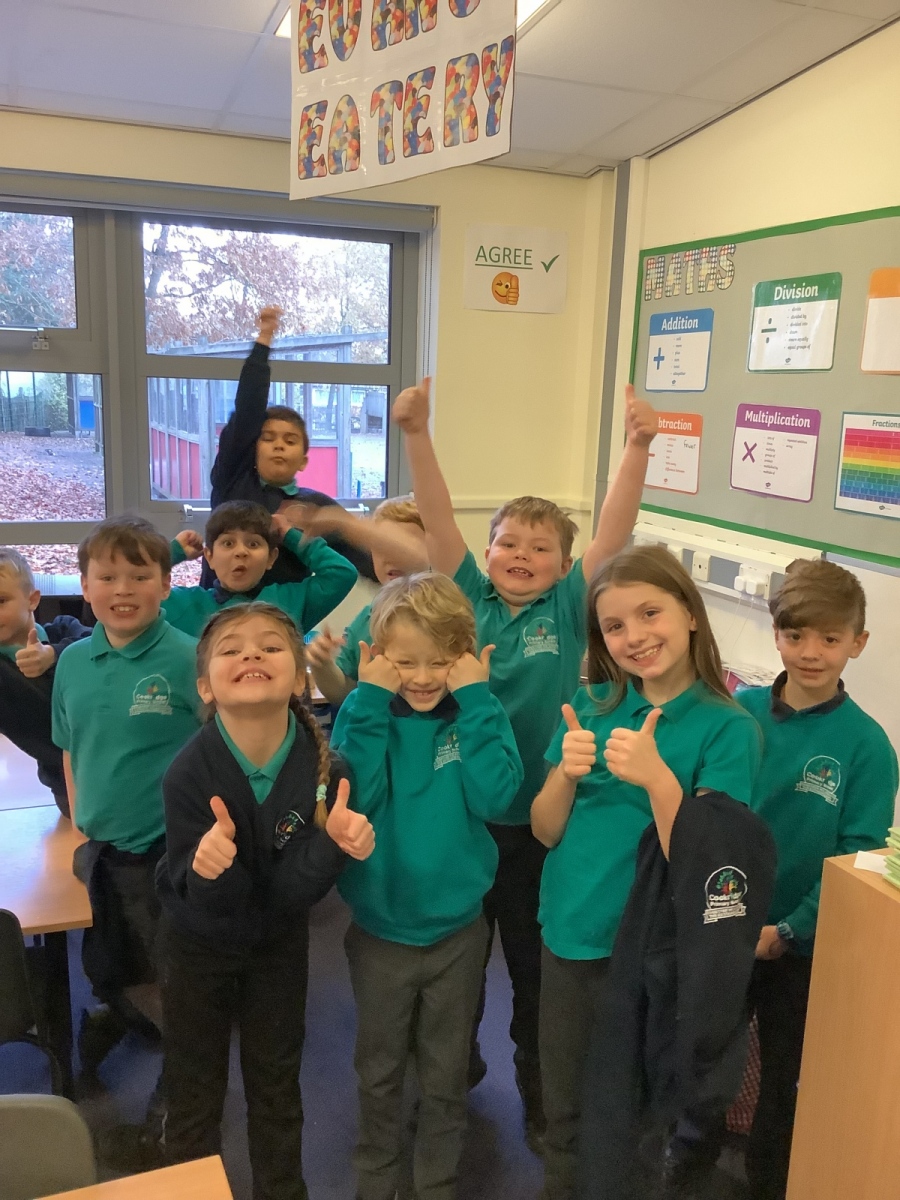 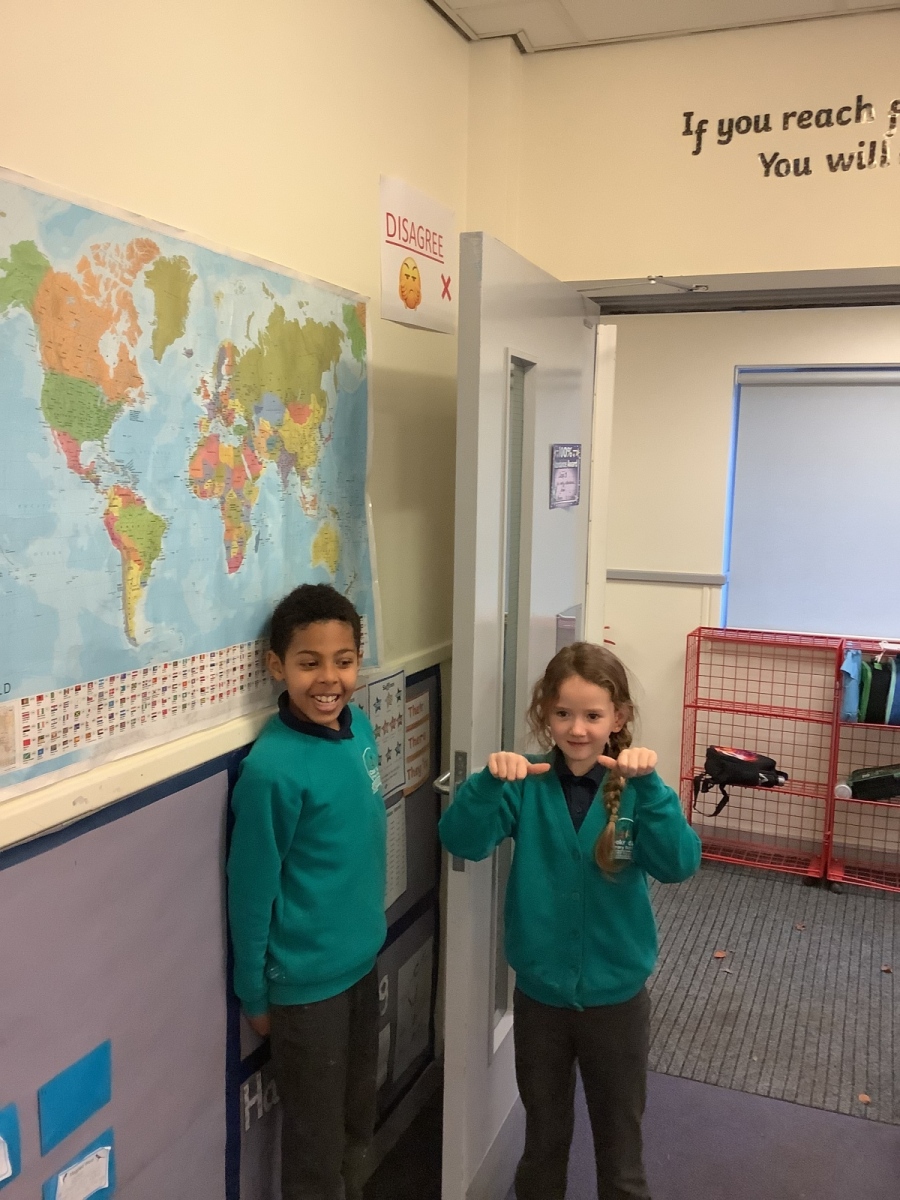