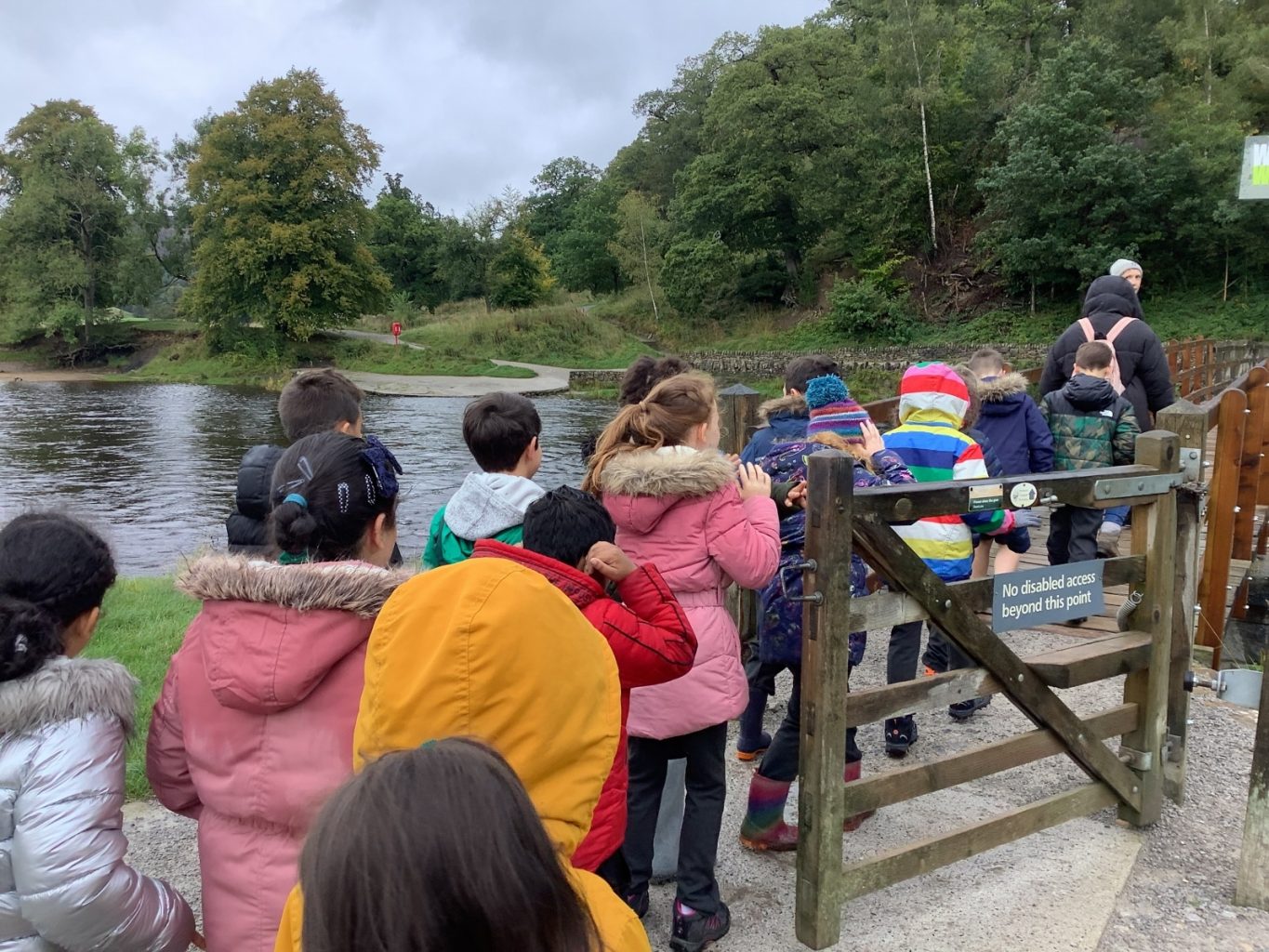 LKS2 have had a very busy but great week this week, with lots of trips and fun activities!

On Tuesday, Y3 had an amazing time at Bolton Abbey…it was wet and windy, but the children showed fantastic resilience and had a wonderful day of outdoor learning, despite the weather! After our learning about rivers it was a great opportunity to see the magnificent River Wharfe. We started the morning by walking along the riverbank and observing the various features – a meander, evidence of erosion, and a sandy beach which turned into pebbles. Then, we looked at aerial maps of the river and built our own map using natural resources to show the features. Finally, we played a water cycle game in which we acted as water droplets and moved around from the ocean, to clouds, to rivers and back to the ocean. In the afternoon, we enjoyed a nature walk through the nearby woodland, looking out for living things and their habitats. The children were engaged and involved throughout the day and all in all a lot of fun was had! 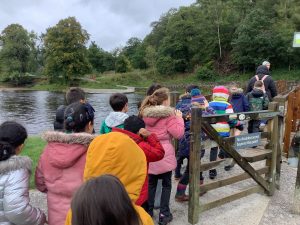 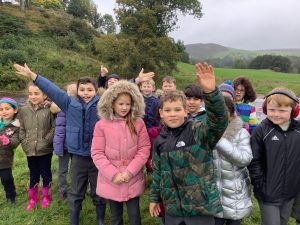 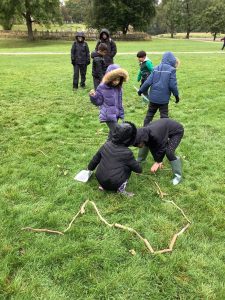 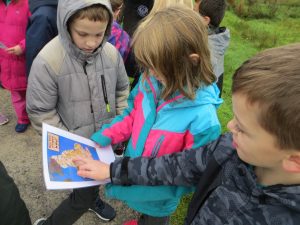 Also on Tuesday, the year 4’s started their local history study project. To begin the day, we recapped key language that we would encounter during the project such as chronological, timeline, events, locality and order. In detail, we then learnt the idea of chronology by completing an activity where we had to put simple events in order of how they would happen. We then focused in on our locality and recapped some of the local history we researched in the history lesson prior. Before we began our project research, we looked over how to research and the safety aspects of researching which follows on from our computing lesson last week. We then challenged ourselves to answer a short quiz using trusted web searches to find the answers. For the rest of the day, we began researching interesting historical places/ events around Leeds creating pages of our project booklet. 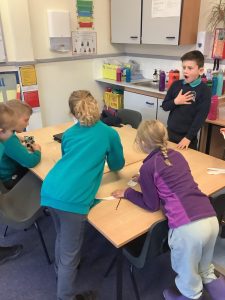 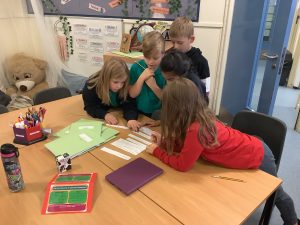 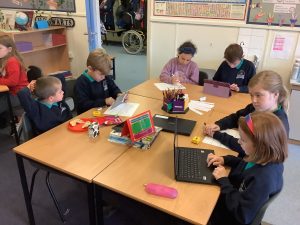 Miss Boyd’s maths group have been learning multiples of 6, 7 and 9 this week. Our two day carousel from Monday and Wednesday included colouring in multiples of 6, 7 and 9 on a hundred square. As we coloured, we found out that a lot of the multiples cross over and are in the other number’s times table. We used language such as multiples, value, difference between, common multiple, lowest common multiple and repeated addition. For our second activity, we answered fluency, reasoning and problem solving questions. We worked as a team to answer each question and focused on using our reasoning sentence starters to help begin our interpretations for reasoning questions. 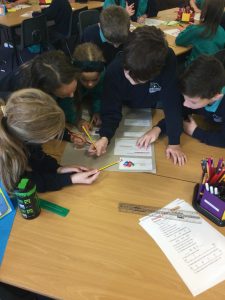 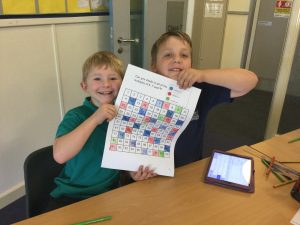 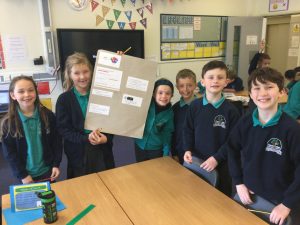 This week in Maths, Miss Bennett’s group were introduced to Roman Numerals. We discussed why they were still important, including using them on clocks and to identify chapters in some books. We learnt the key symbols (I, V, X, L, C) which are used when writing numbers from 1-100, as well as learning that there is no symbol for 0. Then, we went outside and make a number line from 1-20 (in Roman Numerals) using any natural resources we could find. 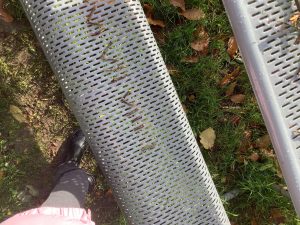 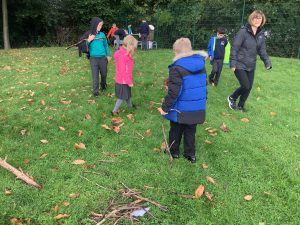 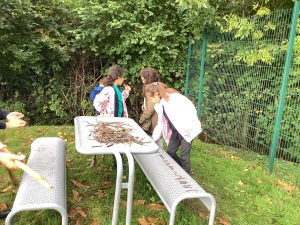 Yesterday in PE, year 3 continued their topic of cricket. This week, we based our learning and games around how to be a fielder. To begin with, we did a warm up of scarecrow tig and then familiarised ourselves with the various cricket positions with a warm up activity involving wickets and a ball. After, we split off into groups of 8 and got into these different positions such as a wicket keeper, two batters/ runners and fielders. The aim of the final activity was for the  fielders to use teamwork to retrieve a ball back to the keeper whilst the ‘batters’ took turns to run from wicket to wicket before the ball was returned. 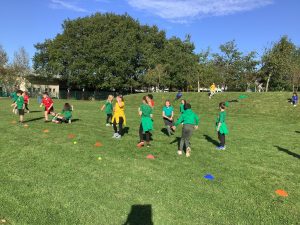 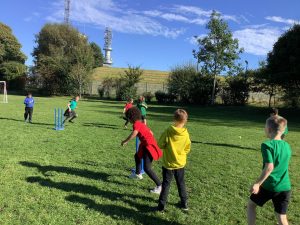 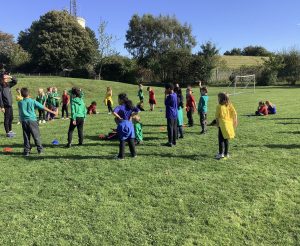 The Y3s have celebrated by having a whole morning of Forest School activities this morning! We started out by discussing risk management and the children used sticks to set their own boundary on the field. Then, within the boundary, we played a giant game of ‘What’s The Time Mr Wolf’! Then came our first challenge: the children took a conker and had to work in groups to make it the highest, furthest or fastest conker. They could not move the conker themselves but had to use string, rope, plant pots and natural resources to complete the challenge. Some children built catapults, others used plant pots to balance the conker on a branch. It was a tricky task but the problem solving skills and resilience demonstrated was fantastic. After break, we talked some more about National Forest School Day and what the main values of Forest School are. Children came up with teamwork, resilience and fun – among other things. Then using these values and ideas, in small groups the children designed their own Forest School badge. They had to use natural resources to build their badge on to a piece of material. Overall, it was a really wonderful morning of celebrating the key values of Forest School. 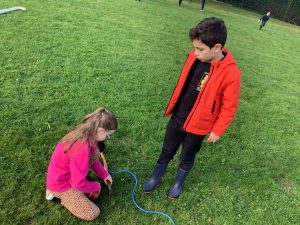 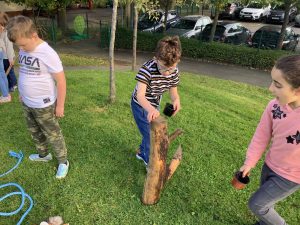 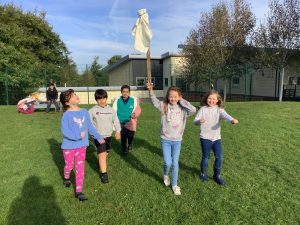 This morning, Year 4 went on a school trip to Breary Marsh. When we got to the woods, we split up in to small groups to start our activities. To begin, we set up our own boundary in the forest, working as a team to decide which part of the forest we would stay in. Then, we played different games, such as hide and seek. These activities helped us to develop our independence and learn more about the environment we were learning in. Our next activity was to make animals using natural resources. We thought about the animals we had seen in our new English text, ‘The Animals of Farthing Wood’, such as foxes, squirrels and badgers. We recreated them using anything we could find. We had 2D designs, 3D sculptures, and even animals drawn on trees! Year 4 showed great resilience, creativity and team work. Well done Year 4! 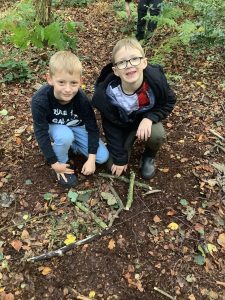 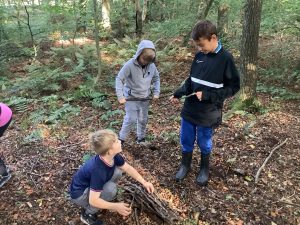 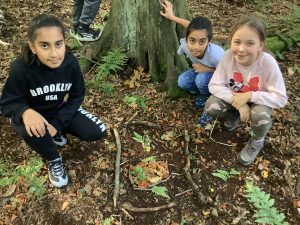 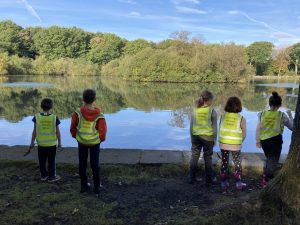 A huge well done to our learnatics this week, you are all stars!

Mia and Zahra in Class 7.

Ranu and Harry in Class 6.

Eli and Molly in Class 5.

Year 4’s will be going on the Bolton Abbey trip Thursday 14th October. They must come in school uniform with suitable shoes and a coat.

Have a great weekend!