Guess who’s back….back again?! Yes, it’s that time of year again folks, where those cheeky elves come for a visit to watch and make sure the children are being good, whilst causing mayhem themselves!

They of course have been the inspiration for our writing this week in both Year One and Year Two. Year One have been sequencing the events and have begun writing a diary about what the elf has been up to. They have also been using adjectives to describe the elf. In Year two, the children have been writing learning about the difference between statements and exclamations, They have been writing about what happened when the elf arrived, using the correct punctuation to show statements and exclamations.

In Maths, year two have continued their work on Subtraction. They have been doing this practically and in columns and some groups have introduced the idea of borrowing. Year One have also begun subtraction. They have done this in a variety of practical and written ways. They used the idea of instructor, finder, subtractor, to work in groups of three to make a number, subtract an amount and find the answer.

In art this week, the children were beginning to use pastels. They were inspired by the snow this week and designed some snowy scenes. In Music, the children practised pitch using phonic songs and the Nativity songs. They also used words related to castles eg drawbridge, knight to beat out rhythms and syllables on boom whackers.

Advent arrived in year two’s RE this week. They were learning about ways that Advent is celebrated in homes and in churches. We looked at the symbolism of the Advent wreath and Christingle. In Year One we have been looking at Muslim festivals. We learnt about the significance of Ramadan and fasting and looked at ways Eid Al Fitr is celebrated.

In Science we were investigating what happens to cornflour when water is added, to make Christmas slime. We looked at different amounts of water being added to the slime. We found it fascinating that it looked runny like a liquid, but when it was picked up and squeezed it turned into a solid and when we left it, it ran through our fingers like a liquid again.

8.12.21 – Christmas Production – Due to current guidelines, we are unable to welcome parents and carers in this year. However, we will video the production for you all to see and take an individual photograph of your child in their costume. 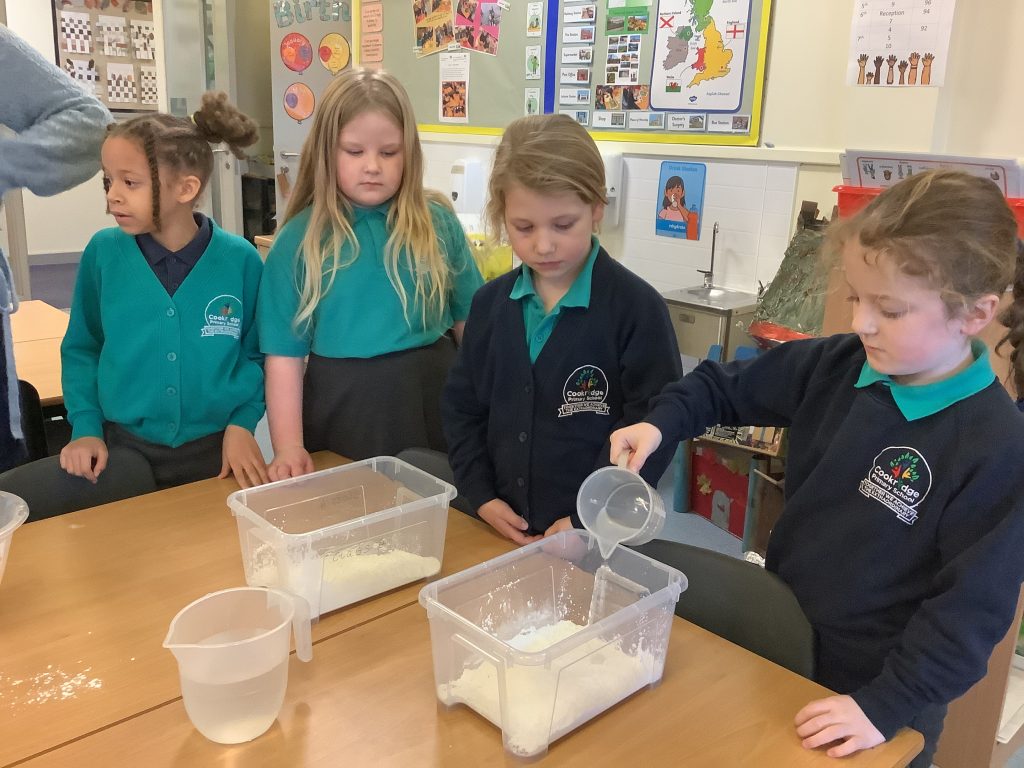 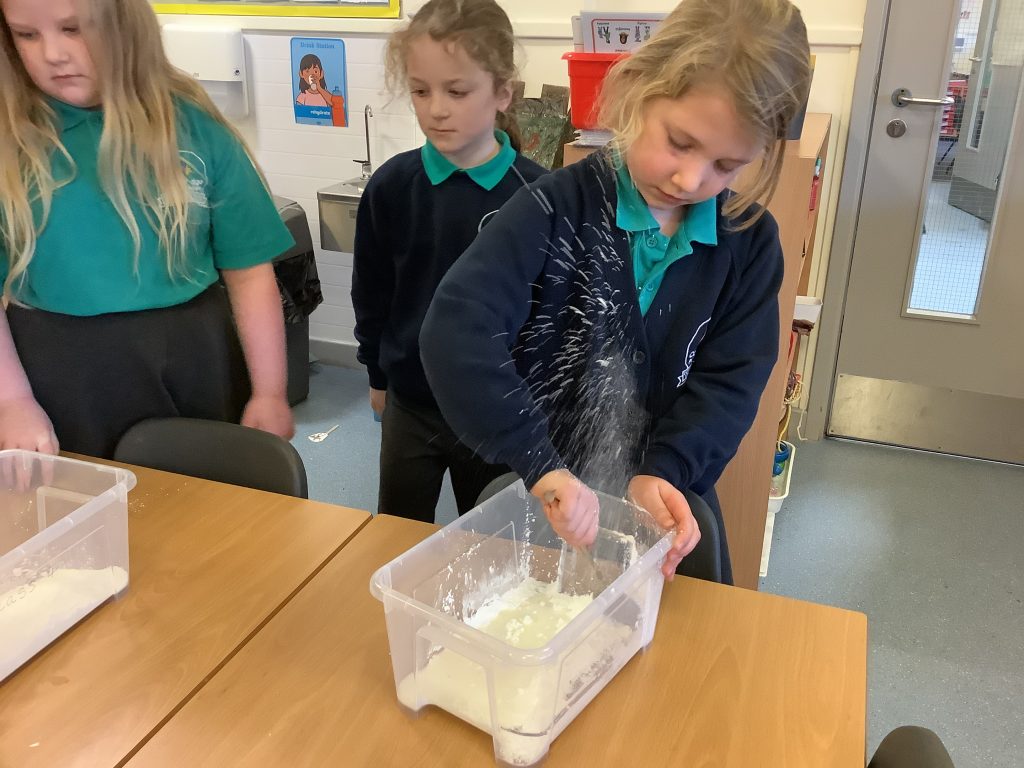 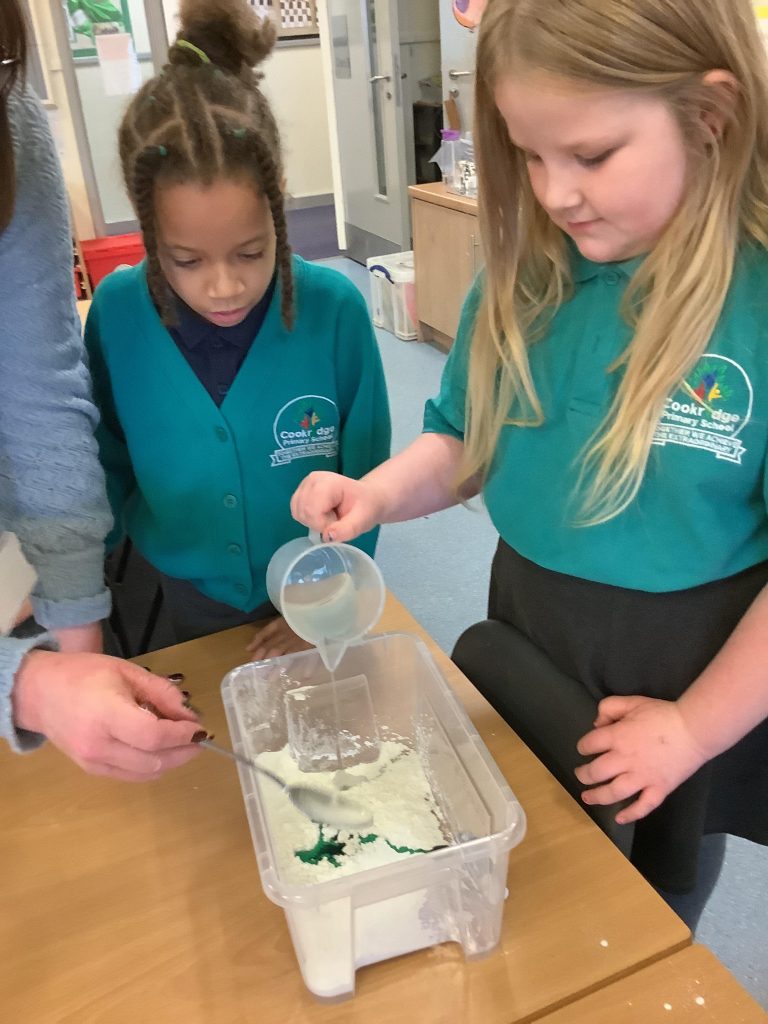 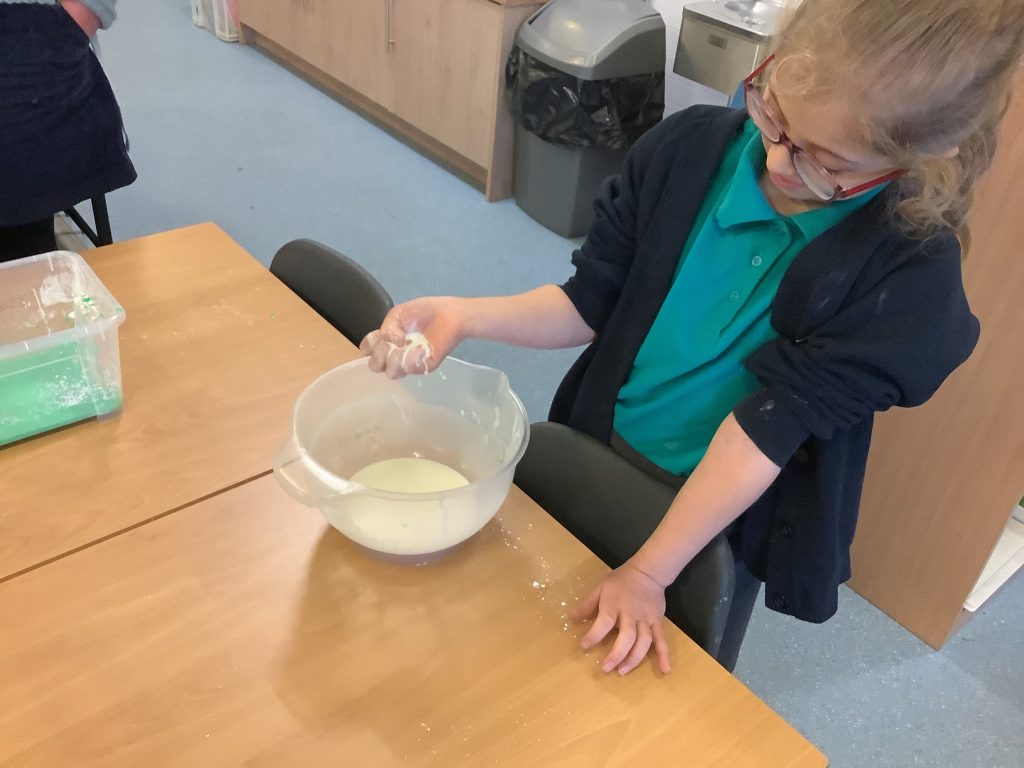 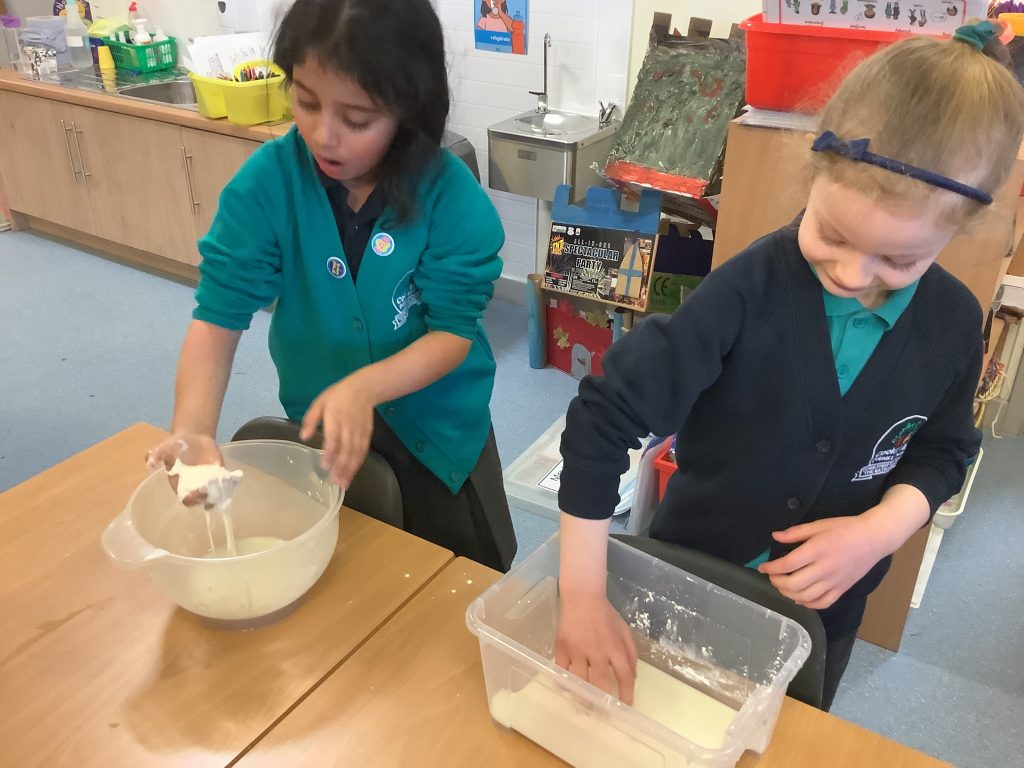 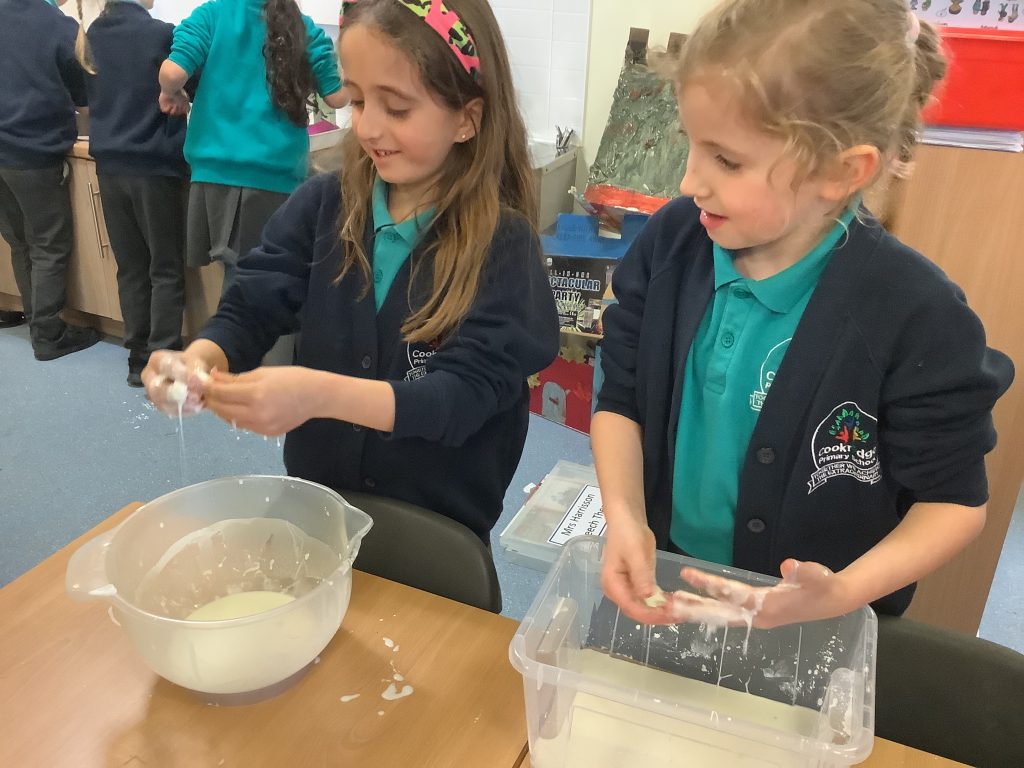 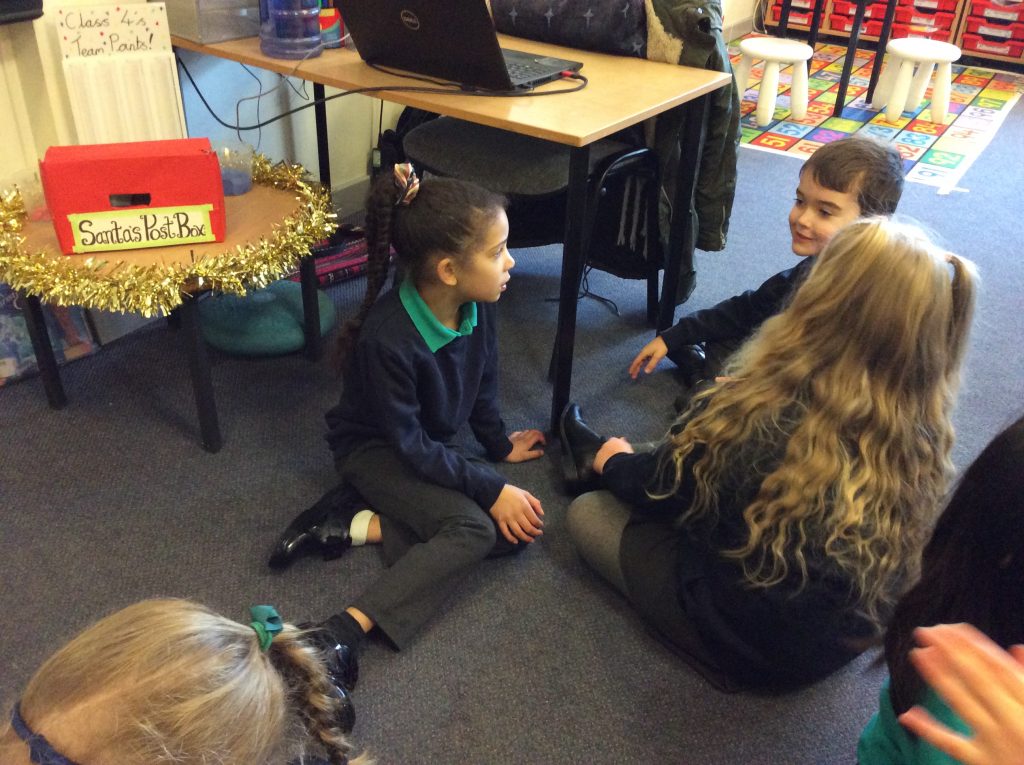 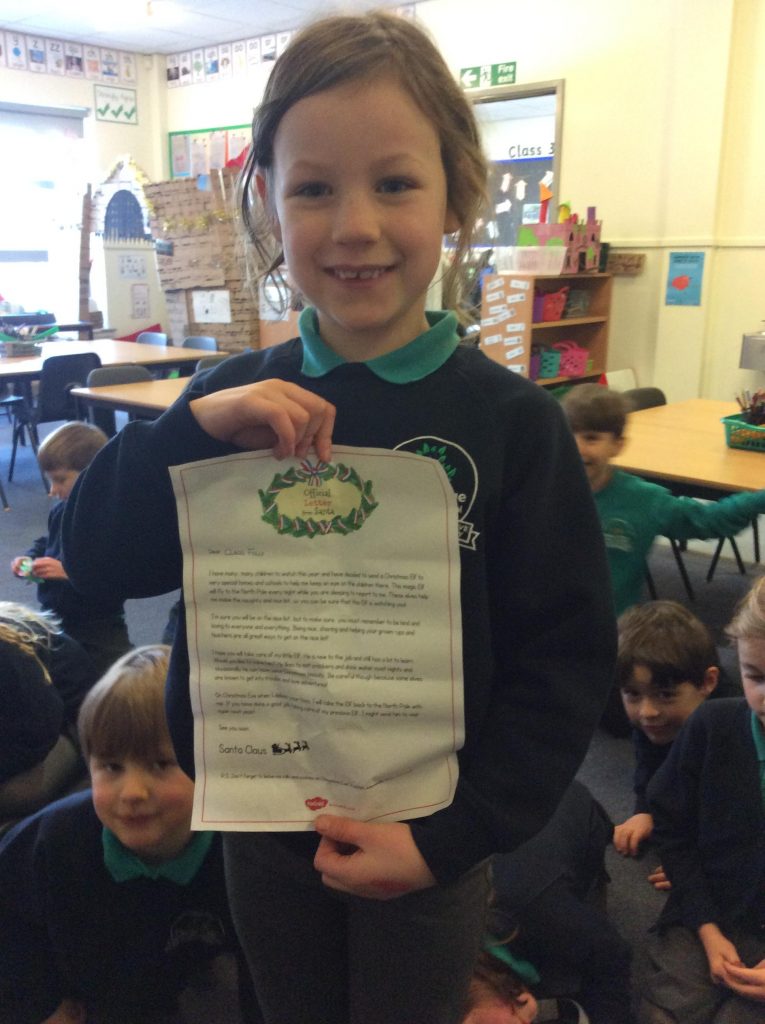 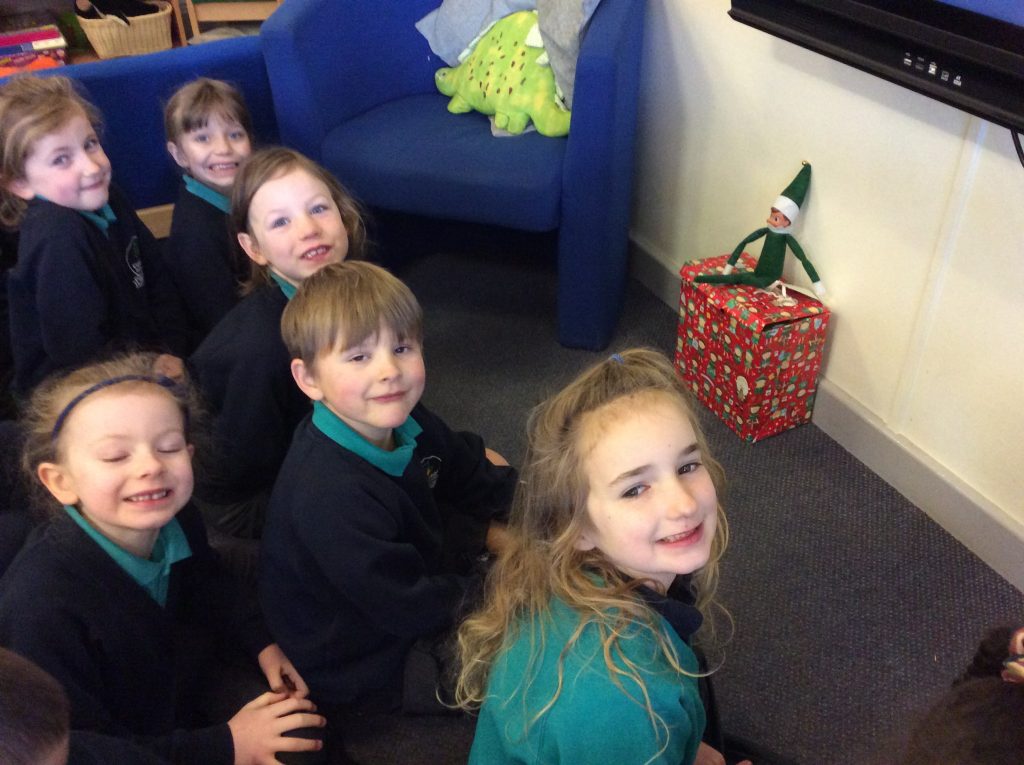 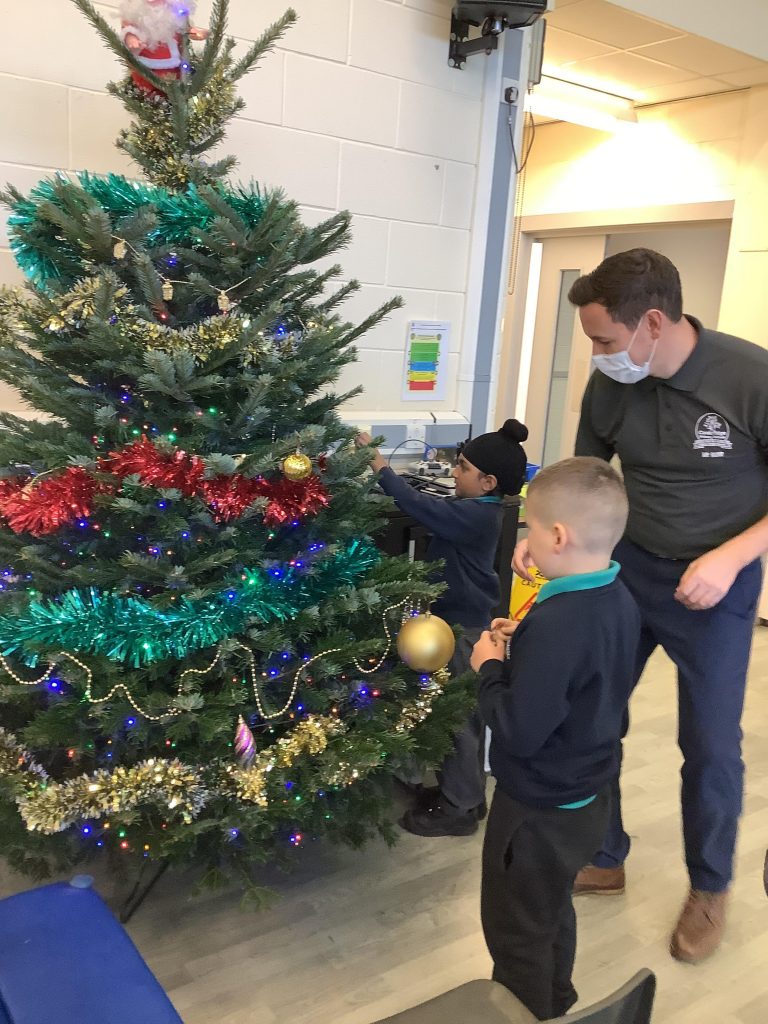 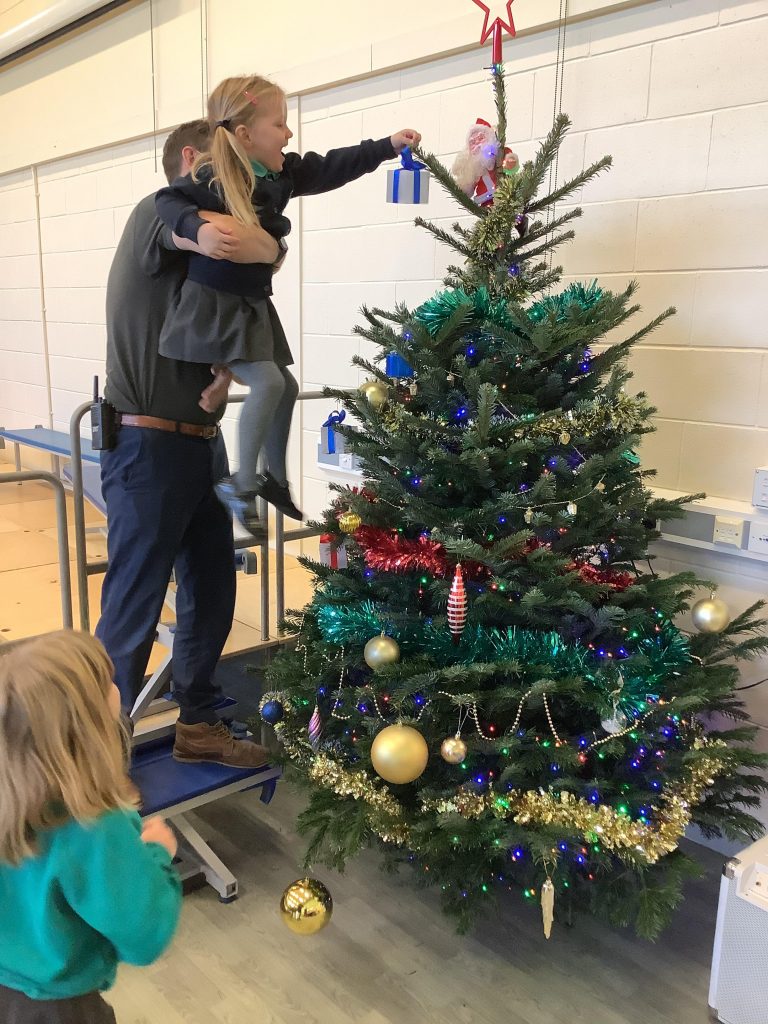 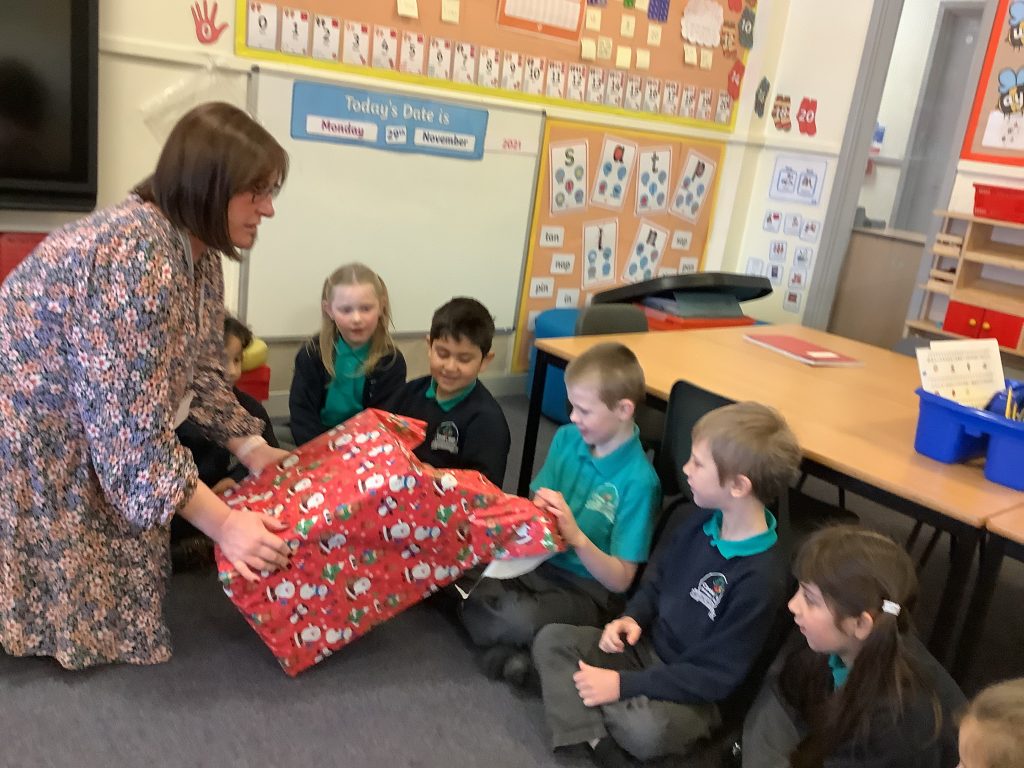 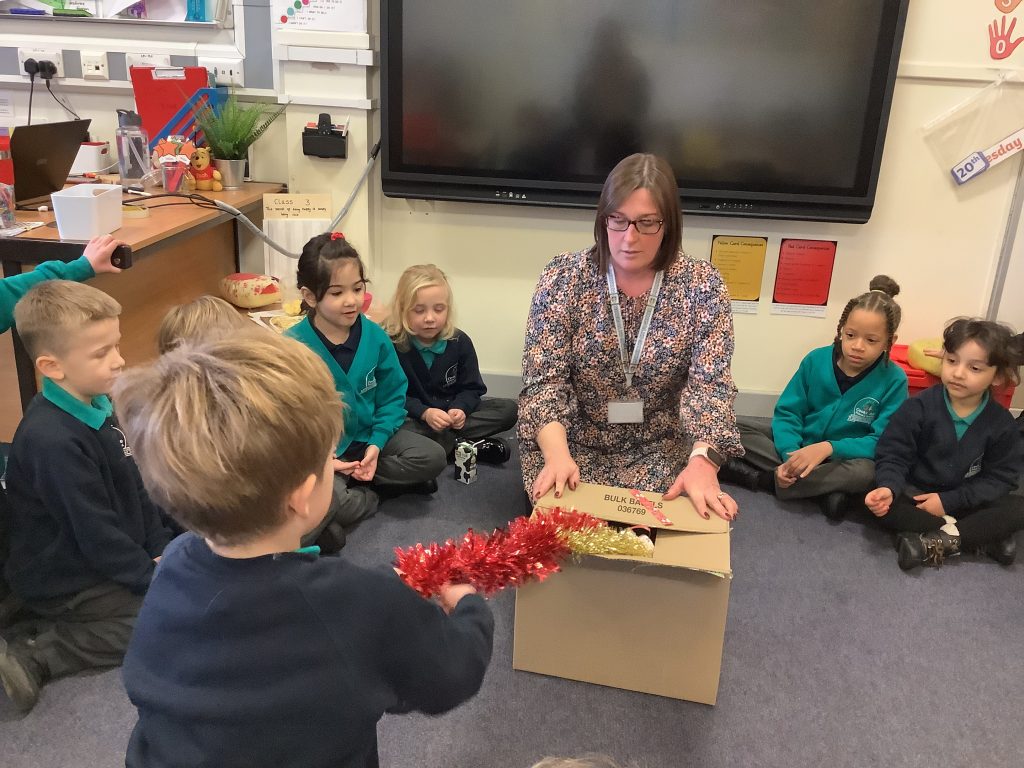 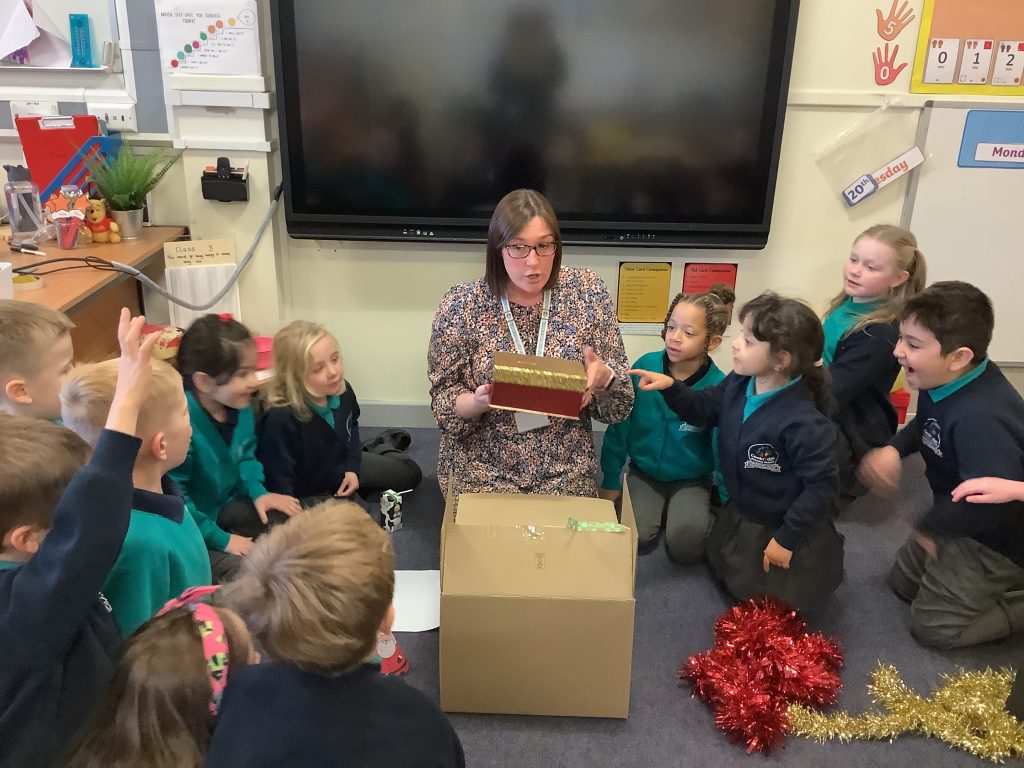 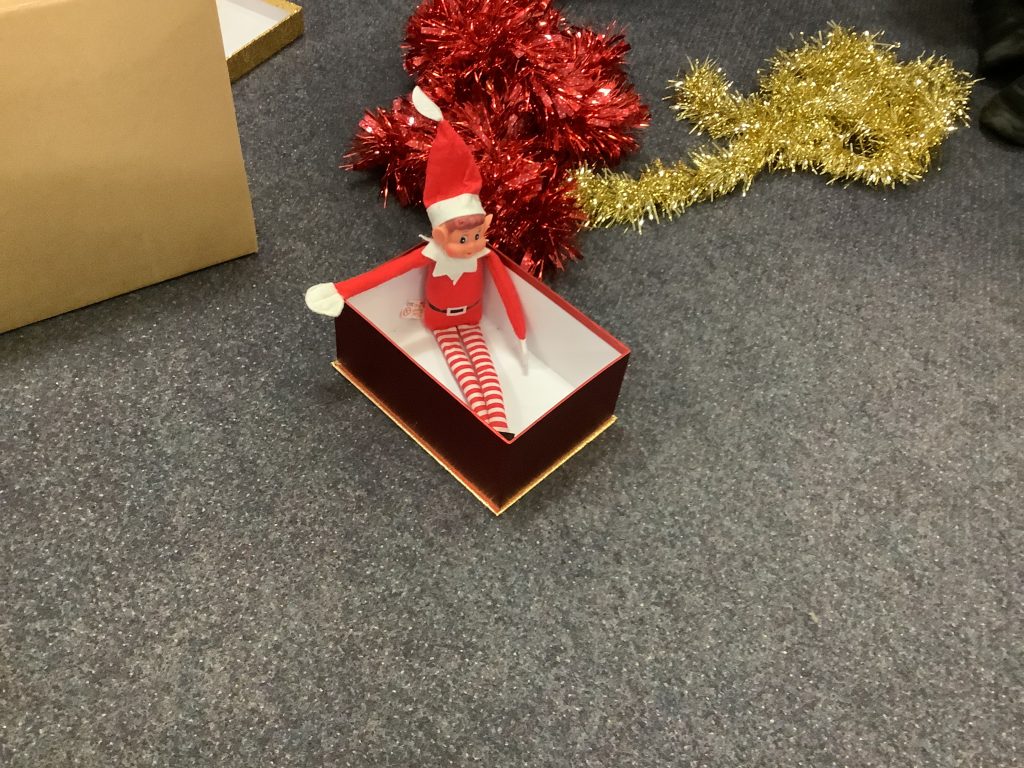 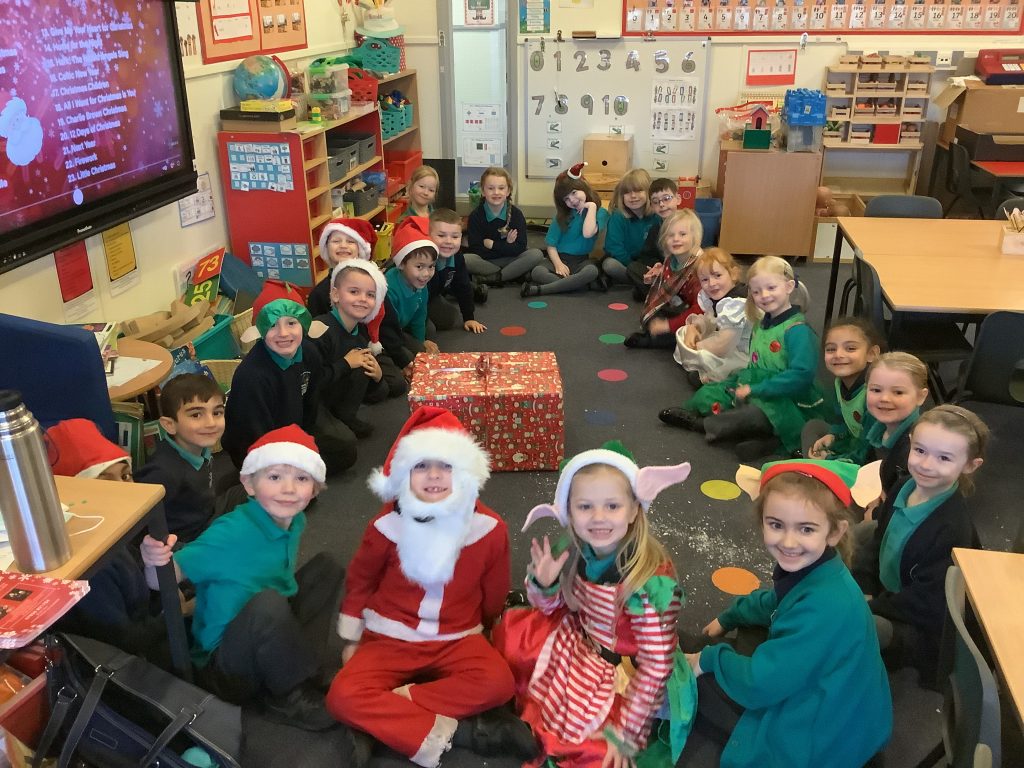 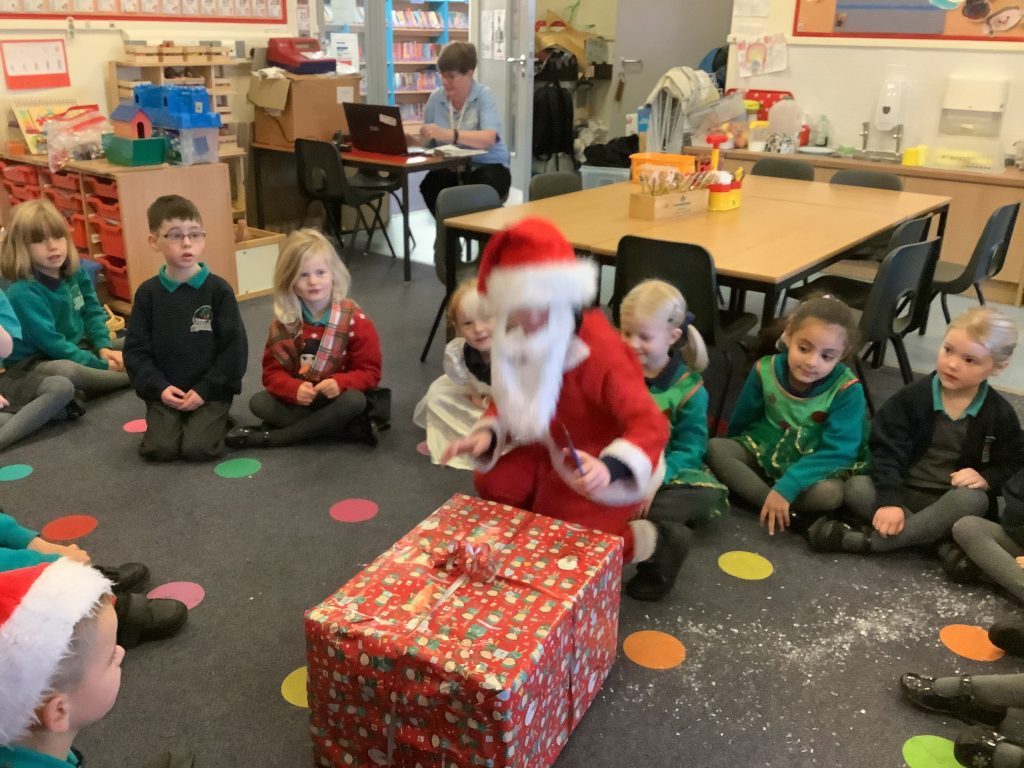 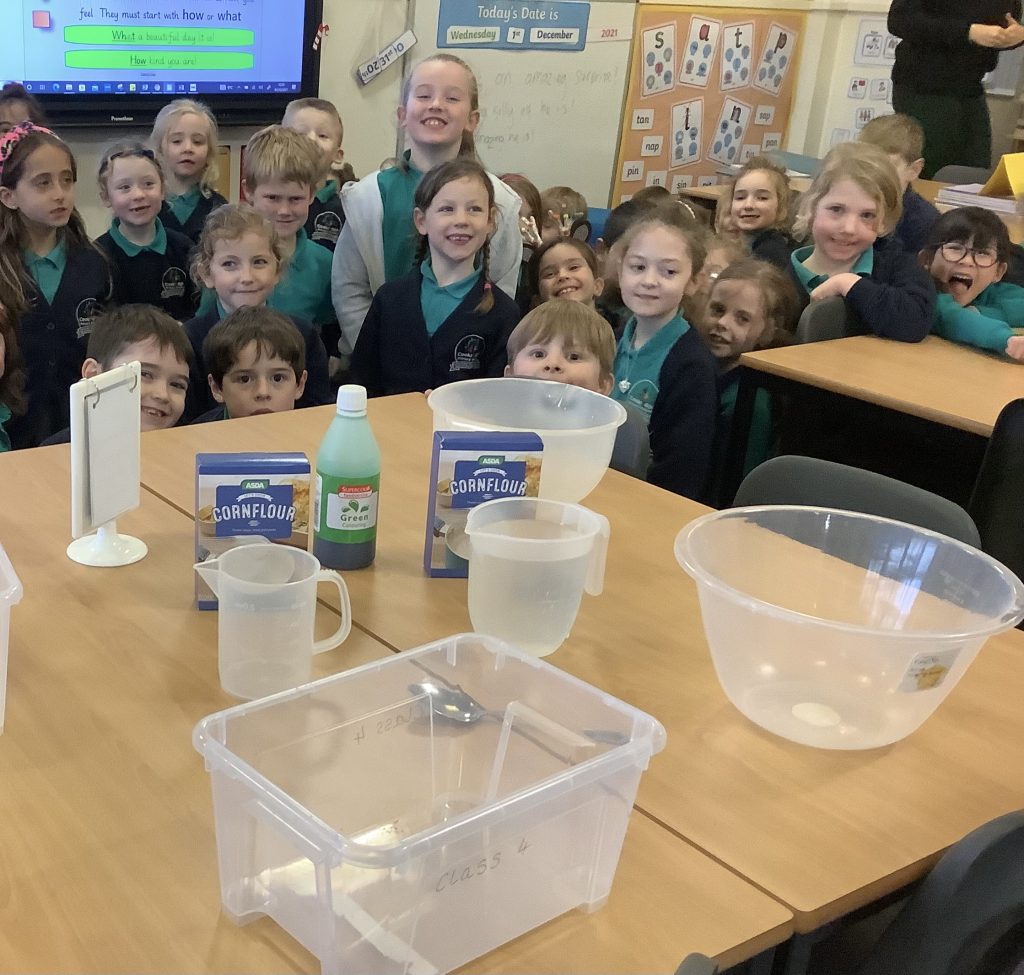