Happy Friday and happy half term! LKS2 have had a fabulous week to end what has been a busy and exciting half term…..

This week in maths, Miss Boyd’s group have been continuing fractions. We have been learning how to find equivalent fractions by multiplying the numerator and denominator by the same amount. As a challenge, we looked at fractions on a numberline and also wholes with fractions.

In Miss Evans’ maths group, the children have been working on their division skills. We used lots of methods to help us calculate harder divisions with remainders, such as using numicon, base ten and dividing cubes between bowls. Children also enjoyed challenging their partner to a division board game! 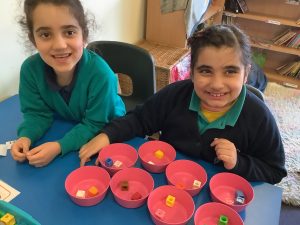 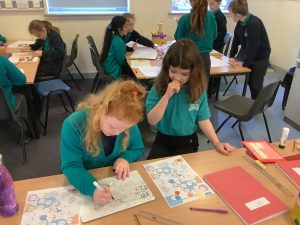 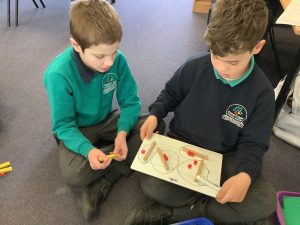 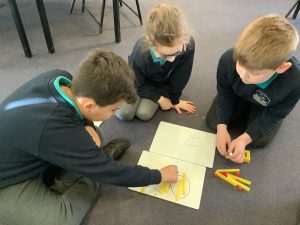 In Science this week, we finished our ‘Light’ topic by carrying out an investigation into shadows. Children discovered that the size of a shadow changes if you move the light source – the shadow gets smaller if the object is further from the light source. Using a metre stick, we held a torch at different heights above a hundred square and drew the different sized squares on to sugar paper. 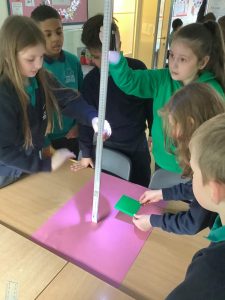 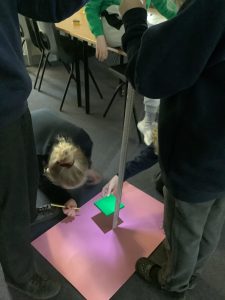 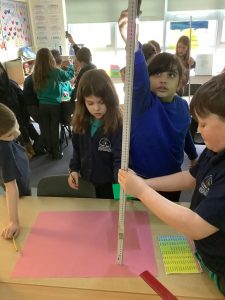 On Wednesday, we had our final Times Table Rock Stars assembly of the half term. We celebrated the achievements and improvements made this half term, and some children went head to head to see who could get the fastest speed! 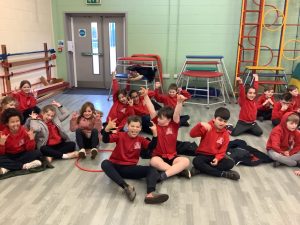 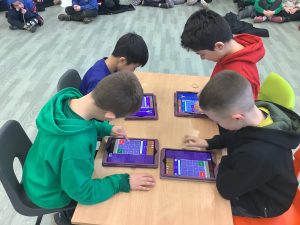 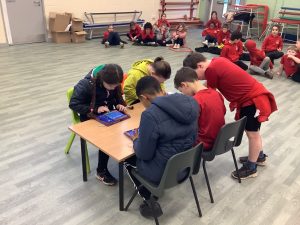 Today, the children have enjoyed a whole morning of history. They used a variety of sources to find out what an Ancient Egyptian house was like, the rooms it contained and the items and furniture they might find inside. The children then used all the information they had gathered to design their very own Egyptian house. 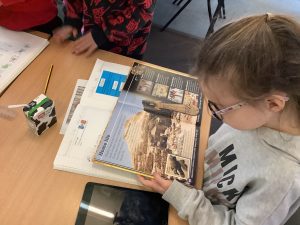 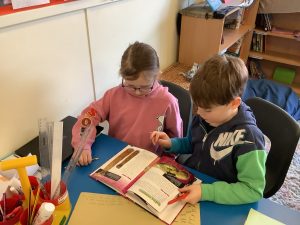 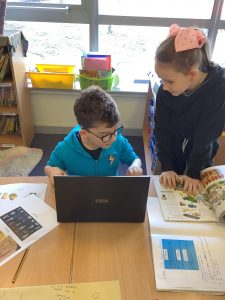 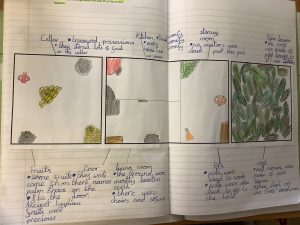 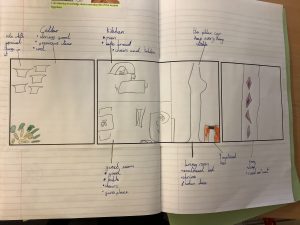 Well done for another fantastic half term LKS2. We hope you have a fun and restful holiday, and we’ll see you on Tuesday 1st March.