This week pupils in UKS2 had the opportunity to learn about rationing and the impact this had on food choices and meals. Using only ingredients which were available during the war, pupils had to create two meals using basic recipes; Apple Cake and Vegetable Soup. After, they lit a fire to cook their meals on. Pupils experimented with cooking techniques and discovered that filling a pan with cake mixture then burying it in hot coals for an hour produced the perfect Apple Cake! 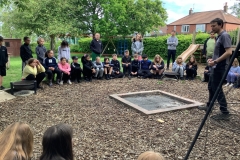 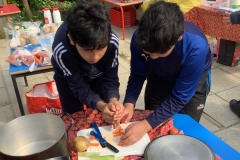 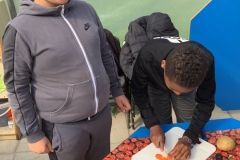 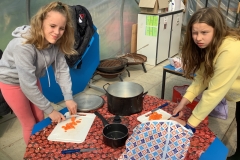 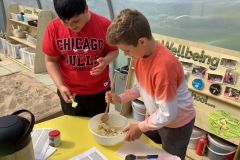 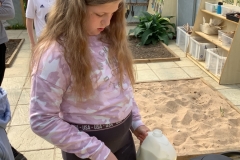 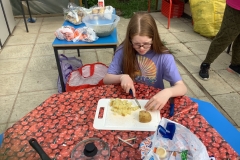 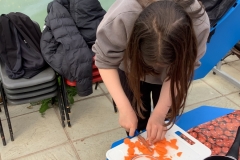 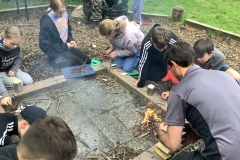 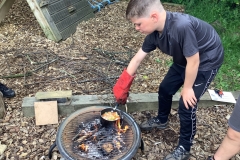 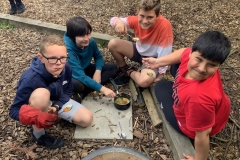 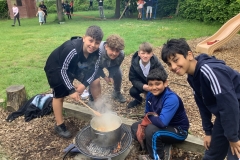 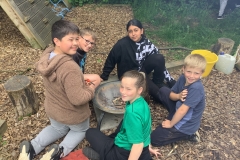 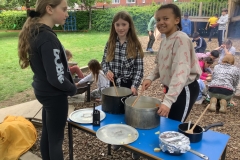 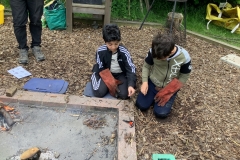 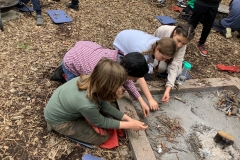 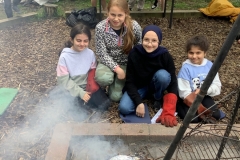 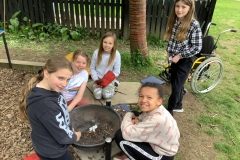 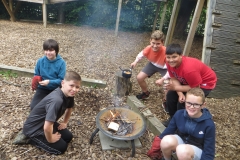 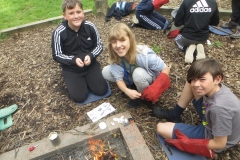 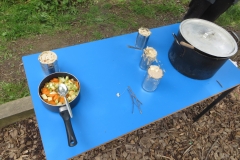 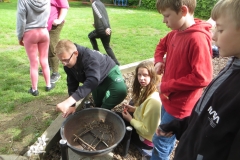 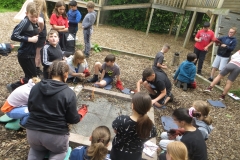 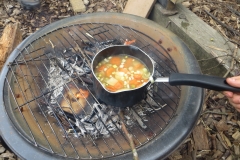